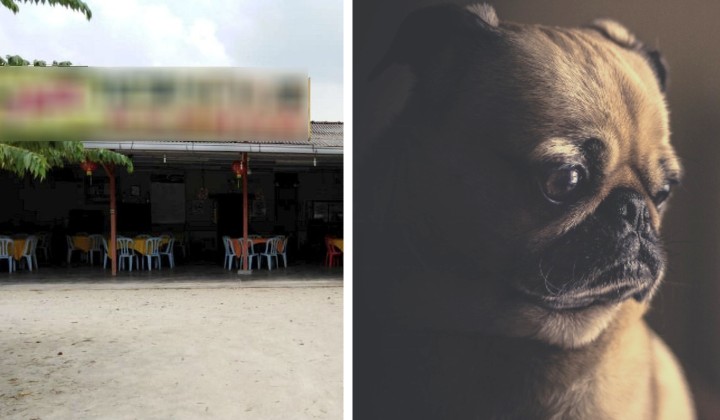 A restaurant in Negeri Sembilan was raided by police for selling dog meat as part of its exotic menu.

The raid on the restaurant in Kampung Baru, Broga was done after news of the sale went viral on social media.

Previously, netizens had claimed that the restaurant was serving dog meat to its customers for RM25 a portion.

During the raid, authorities uncovered several pieces of meat in the restaurant’s freezer believed to be dog meat.

Although the restaurant did have a licence to sell exotic foods…

The restaurant’s owner claimed that the dog meat had been imported from abroad and only sold to customers who had ordered it in advance.

Apparently, the meat was used as a traditional remedy for asthma.

Legally speaking, Malaysia does not prohibit the consumption or sale of canine meat, though the idea of treating manâ€™s best friend as a snack is deeply frowned upon by society.

According to Perhilitan, the trade of exotic meats is running rampant in the country as demand for these rare delicacies seems to be on the rise.

Wild game meat is noted to be very popular especially during the festive seasons where animals such as monkeys, snakes, wild boars and others are regularly traded in the black market.