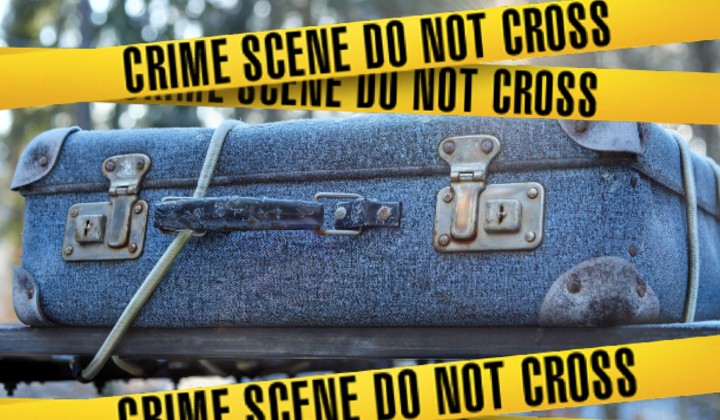 A dead man stuffed inside a suitcase was found at Pandan Indah Industrial Park, in Kuala Lumpur on Tuesday, August 6.

The horrific discovery was made by members of the public when passersby noticed a pair of feet poking out of a blue suitcase in an alley near some shop lots.

On the scene, police uncovered the remains of the deceased man inside the suitcase, wrapped in a rug, bounded together by wires.

A postmortem on the body revealed that the victim had been strangled to death.

The identity of the victim still remains a mystery.

Police are urging anyone with information regarding the incident, to immediately come forward or contact the authorities via the police hotline at 03-2052 9999 or the investigating officer in charge of the case, ASP Saiful Azhar Rahim at 011-12116458.

The case has been classified as murder under Section 302 of the Penal Code.