Poaching is the number one threat to the survival of the species at both forest reserves. 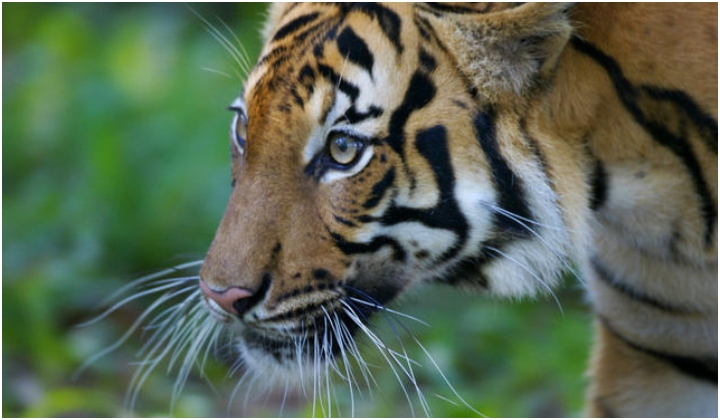 Perak State Parks Corporation (PTNPk) estimates that there are only 23 Malayan tigers left in the Royal Belum and Temenggor forest reserve.

The corporation’s general manager, Mohamed Shah Redza Hussein said that the number was a 60% decrease of over 60 tigers recorded seven years ago.

If we don’t take action now, in two or three years, we will have only 10 tigers left. And that number will not be sufficient enough to sustain the population of the species. If this happens, the Malayan Tiger will be extinct in the Royal Belum and Temenggor Forest Reserves in the next six to seven years.

According to Mohamed, poaching activities have been carried out mostly by foreigners from Vietnam, Laos and Cambodia and aided by the locals.

These foreign hunters are getting help from the locals who provide them with logistics and food services while the hunters camp for weeks in the forests to hunt.

In order to stamp out the poaching activities, Mohamed said that the corporation has stepped up monitoring and enforcement in the park and is working together with the Perak Department of Wildlife and National Parks (Perhilitan) to do this.

The corporation is also currently in talks with the state government upgrade their provision of state-of-the-art equipment and specialised training to ensure the state of Perak is free from illegal poachers.

We really hope the state of Perak will do all they can to protect this valuable species from complete extinction!