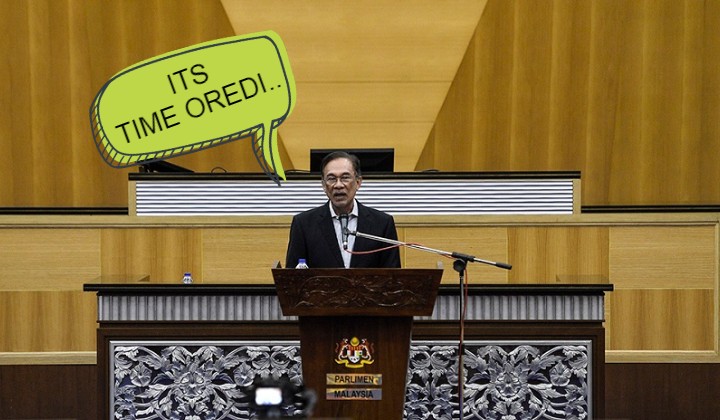 Prime Minister-in-waiting, Datuk Seri Anwar Ibrahim says that the Pakatan Harapan government has no plans to rewrite the Constitution but instead seeks equal rights for all in order to improve the nation’s economy.

Anwar who currently chairs the parliamentary caucus on reform and governance, explained that the nation’s current economic policies (which notably favours the Malays and Bumiputera majority…) were obsolete and must be removed from future plans.

The PKR president said that Malaysia must move forward from race-based policies and ensure that every Malaysian citizen, especially the poor and needy, are attended to and have equal standing in the nations economic growth.

â€œI am equally, if not more committed in terms of reducing inequality and elevating the position of the poor. And to also check on this unbridled capitalism of helping the few conglomerates at the expense of the vast majority.”

â€œIâ€™m not here to question what has been enshrined in the Constitution, including privileges and quota. “

â€œOur understanding after 61 years of independence is that we need to create this awareness that all Malaysians should be seen as one community with equal rights and privileges.â€

Earlier this year, Putrajaya announced that the government would be making efforts on creating a new economic policy based on the concept of â€œshared prosperityâ€.