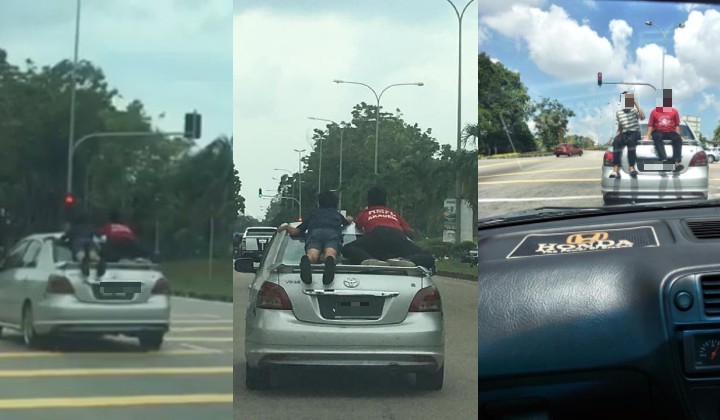 Police have apprehended a 49-year-old man after footage showing two kids dangling from the back of a fast-moving car went viral on social media recently.

The video and images show two boys casually but dangerously hanging on the boot of a silver Toyota Vios as it navigates down traffic in Pasir Gudang, Johor last Sunday.

Johor police said that the man was arrested shortly after the video caught the angry, concerned attention of netizens.

Apparently, the father came out with the defence that his son had insisted on hitching a ride on the back of the vehicle and that he was only trying to fulfil the boy’s wishes.

Evidently, only one boy in the footage shared his DNA, while the other kid was friends with his son.

He said that the father should be punished as a consequence for putting the lives of children and other road users in danger.