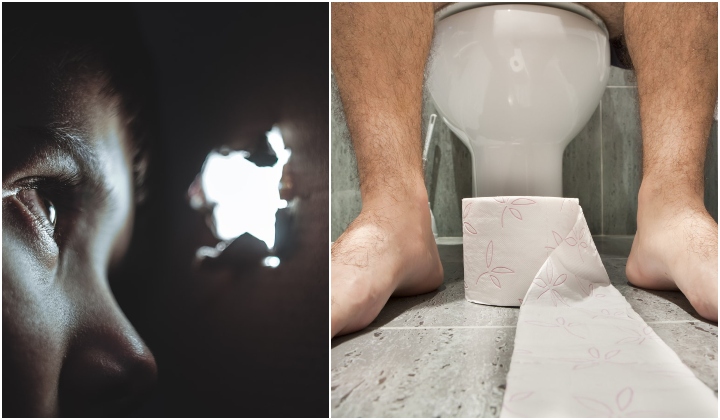 There are two types of people: those who donâ€™t like watching other people poop, and then there’s this guyâ€¦

The unfortunate victim reportedly needed to use the restroom to do a number two. While he was busy unloading, he noticed a man was standing in front of his stall through the reflection of a puddle on the floor (we really canâ€™t make this sh*t up, pun intended).

Then, through a small peep hole (which we imagine must be either in the door of the toilet stall or the wall la) he caught man, pants down, watching him poop while ehem…pleasuring himself.

The victim then asked the man if he was watching him, to which the man replied…

The whole ordeal took place in the restroom of a petrol station in Petaling Jaya. Man, we bet this guy really regretted his decision about using the bathroom there, didnâ€™t he.

The offensive offender, a 28-year-old shop assistant, has since been charged under Section 14 of the Minor Offenses Act 1955 which states that:

Those found guilty of this crappy crime face a maximum fine of RM100.

The magistrate fined the accused, Sweepin Sahirati, who pleaded guilty to this crime. The magistrate also issued a court order stating that in the event Sweepin fails to pay the fine, he has to spend two months in jail instead.

But(t) guys…the toilets in jail has no walls. Right?