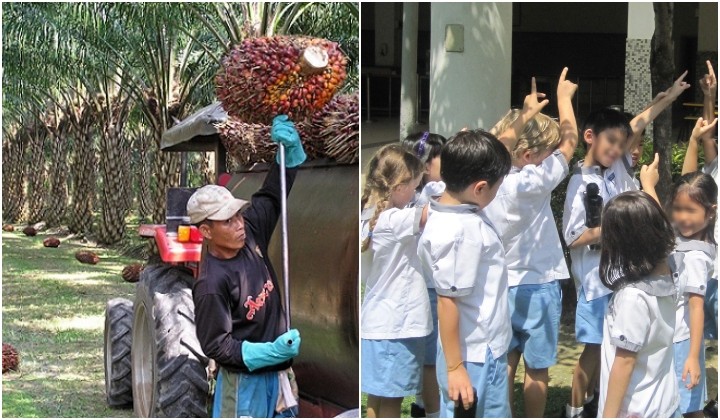 The Ministry of Education is investigating and looking into taking action against an international school in KL  following a viral video clip showing students speaking against the palm oil industry at a school concert.

The 1:10-minute clip shared on social media showed five students on stage in front of a big screen describing the impact of allegedly unsustainable palm oil practice here on orangutan habitat and deforestation.

Malaysian social media users were not impressed by the Ministryâ€™s response, calling the response a suppression on the freedom of speech.

A MUCH better response would have been to invite the students on a tour of how things actually work, teach them and correct their misconceptions.

It’s like they searched hard for the worst possible way to respond to this and dived head-first into it.

Why are we doing this? These are children with an inquiring mind. Leave them be and show you are truly a government that values freedom of speech which includes opinions you do not agree with!!!!! https://t.co/XK3zTSV3GS

Palm oil has pros and cons for us. Ministry should counter the argument with facts instead of stifling free speech. Engage in a healthy debate. Don’t bcome the oppressors we fought to defeat.

Agreed. What happened to freedom of speech, and freedom of doing our own thinking. Get the kids to study the impact of ALL oils on the environment, not just palm oil, as well as sustainable farming. That’s it. @teresakok @maszlee #MalaysiaBaharu #berfikirsendiri

Very disappointing stance by the Education Ministry. Rather than suppress the students and teachers, they should counter it with their own points and defence about palm oil. Such actions are only increasing the suspicion that palm oil is not sustainable.

This is disappointing. And here I thought Education, above all else should be free from politicization. Ministry of Education has been a disappointment since May 2018. Maaf, tak maaf.

According to her, the students were within their rights to express their views on the matter adding that the ministryâ€™s reaction was unjustified.

She said there was nothing to investigate as schools were a place for knowledge and critical thinking.

â€œIt should immediately drop this mindset of control and censorship and become more professional and educated in its approach.â€

This incident is similar to another one that happened just last month, where the Education Ministry asked a Penang primary school to show cause for allowing its students to join a global protest against climate change with hundreds of thousands of schoolchildren around the world.

Do you think students should be allowed to explore and express their views on current issues? After all, Malaysia may soon allow 18-year-olds to vote.