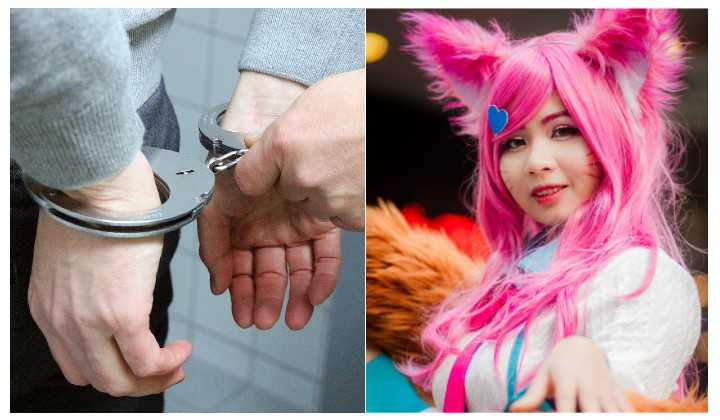 It had everything you expect from a cosplay festival, life-like anime characters, cute girls, 5000 photo taking sessions andâ€¦ arrests.

In news that shocks no one, another Malaysian cosplay festival finds itself making headlines for arresting cosplayers.

This time, it was a Spanish man and three Japanese women who found themselves in trouble with the Malaysian law at the Geek Summit 2019 festival.

According to Bernama, the four foreigners were arrested in a raid by the Selangor Immigration Department who received a complaint about the event.

Senior immigration official Mohamad Shukri Nawi said that the raid was aimed at organisers of cosplay events who fail to get approval from the Central Agency for Application of Filming and Performance by Foreign Artistes (Puspal).

â€œThey came into Malaysia on tourist visas, but they were dressed up and performing without permission.â€

The four foreigners are currently in detention and investigations are underway according to Regulation 39 (b) for breach of the terms of the Immigration Act 1963 for performing in public using a social visit pass.

But there appears to be a twist in the storyâ€¦

The organisers of the Geek Summit festival have taken to Facebook to defend themselves.

According to the post, they claim that â€œGeek Summit 2019â€ had all the valid event permits from MBSA (Shah Alam City Council) & PDRM (Royal Malaysia Police).

They also stated that none of their international guests performed on stage, so they didnâ€™t need to obtain the PUSPAL permits or a professional visa.

Thatâ€™s not all, Geek Summit has also said that report made was FALSE.

Currently, the event organisers are working with the respective embassies, Tourism Ministry and Youth & Sports Ministry to settle the issue and get the cosplayers out.

There’s not been much updates since the arrests took place, but let’s see how this (cos)plays out…