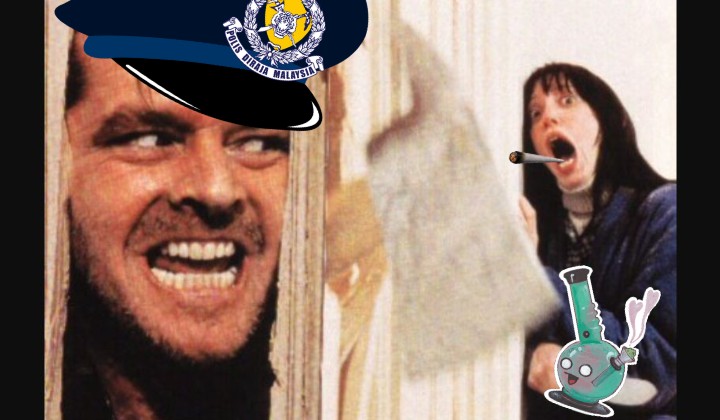 17 students werenâ€™t expecting the police to come knocking when they were arrested over the weekend during a drug bust at a posh condo on Jalan Sultan Ismail, Kuala Lumpur.

The raid subtly named â€˜Ops Private Party’ was carried out by
the Narcotics Investigation Division at around 3pm on Sunday resulting in the capture
of 14 males and three female suspects between the ages of 15 to 22.

Though their plans were cut short, it seems that these party animals were all set for quite the festive evening as police managed to haul out a fair assortment of illicit substances.

The squad were loaded up with two packets of ketamine, three tablets of ecstasy, two Eremin 5 pills, a bottle of ketum juice (to wash it all a down), and a smidge of marijuana.