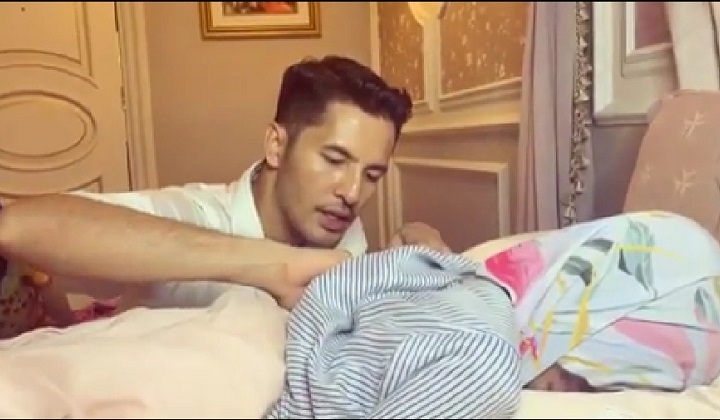 More and more people are criticising local celebrity-businessman Datuk Aliff Syukri over his treatment and apparent exploitation of his 9 year-old daughter.

Among the factors that were most discussed have been the amount of force used on a girl of that age, the reason behind the punishment, and the posting of the video online.

Most recently, the Association of Women Lawyers, pointed out that the case clearly fell under Section 17 (a), (b) and (f) of Malaysia’s Child Act 2001.

As such they said there was no excuse for delay or non-action by police and the Welfare Department and called for authorities to immediately take the girl into protective custody under Section 18 of the same Act.

The association said police should not wait for a child abuse report to be filed as there was already a video and many articles regarding the case.

Additionally, the physical evidence on the girl’s body could fade if police waited on paperwok.

A police report has also been previously lodged by Protect and Save The Children (PS The Children) at the Petaling Jaya district police headquarters.

The issue began a week ago after Aliff posted a video on Instagram.

It showed him treating his daughter’s back with a cream after caning her off-camera for removing her headscarf in front of strangers.

That video now has almost a million views.

Two days ago, he posted another video defending his actions and telling people to mind their own daughters which already has more than 560,000 views.