Ministers agree to a monthly paycut out of concern for the burdens faced by the rakyat until the economy recovers. 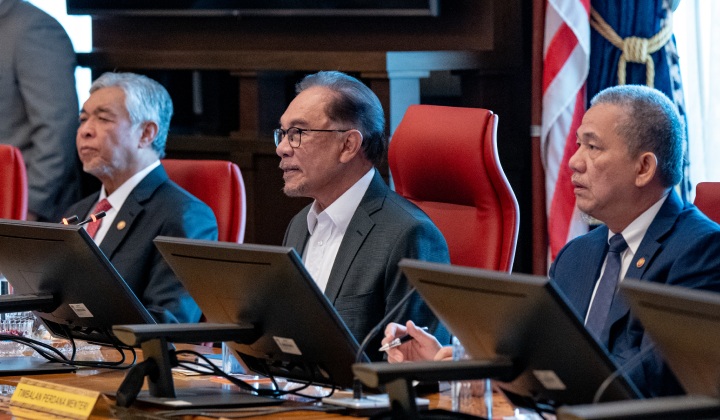 Datuk Seri Anwar Ibrahim said the Cabinet has agreed to a 20 per cent paycut monthly.

This was out of concern for the burdens faced by the rakyat until the economy recovers.

The prime minister said this in a press conference after the first Cabinet meeting today in Putrajaya.

Anwar said paycuts should not be done but he was glad they had agreed to it, saying the matter would be reviewed when the economy recovered.

“Some said no wonder Anwar is not taking the PM salary, he is taking the Finance Minister’s salary, that’s not true, there’s only one salary,” he said.

Previously, Anwar himself had said he wouldn’t be drawing his salary as prime minister.

Apart from his role as PM, Anwar is also the finance minister. Present with him at the press conference today were the two deputy prime ministers; Datuk Seri Ahmad Zahid Hamidi and Datuk Seri Fadillah Yusof.