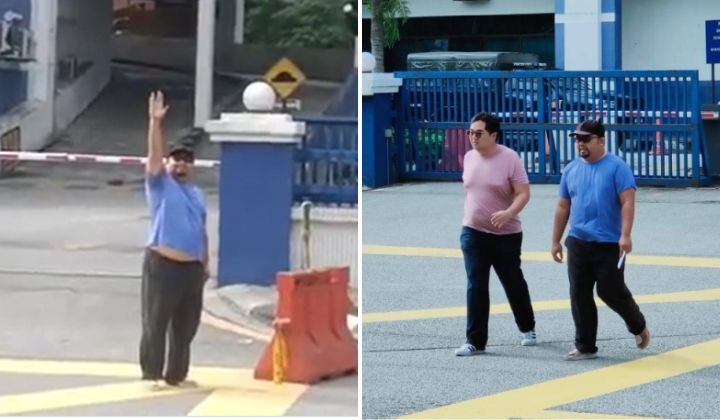 Twitter user Zulfadzli Halim (@bumilangit) is finally freed from the Dang Wangi district police headquarters after getting arrested for sedition.

Despite his release, a few netizens still want an explanation from the police why Zulfadzli was remanded.

According to Malay Mail, the 39-year-old exposed racially and religiously sensitive content on social media throughout the 15th general election (GE15).

However, instead of arresting the irresponsible content creators, the police apprehended Zulfadzli on Thursday.

Zulfadzli, who’s also known as Jon to his friends, had to spend two nights in police custody.

He was allegedly arrested for uploading a post that was deemed insulting to the Yang di-Pertuan Agong but was not informed which particular post it was.

He maintained his innocence and said that extremist social media posts should not have a place in a multicultural and multiracial Malaysia.

Police should cooperate with the public to ensure the extremist post is handled by the authority and not quick to punish those who try to help them.

Some of the inflammatory posts he exposed online include the disinformation regarding the 13 May incident on Tiktok.

At the time, Zulfadzli said he reported the content to Tiktok, but the video remained up even after two hours.

Tiktok has since taken down all the harmful content on the platform.

READ MORE: Alarming Rise In Number Of Inaccurate TikTok Videos On 13 May

On 24 November, the Malaysian Communications and Multimedia Commission (MCMC) warned the public not to re-upload removed content or content from removed accounts.

Malaysians online got to know about his arrest when he tweeted that he was on the way to the Ampang Jaya district police headquarters for an alleged insulting post he made about the Agong.

His arrest puzzled various people, including politicians such as Muar MP Syed Saddiq and Segambut MP Hannah Yeoh voicing their support for Zulfadzli.