The unity government will see a smaller Cabinet. 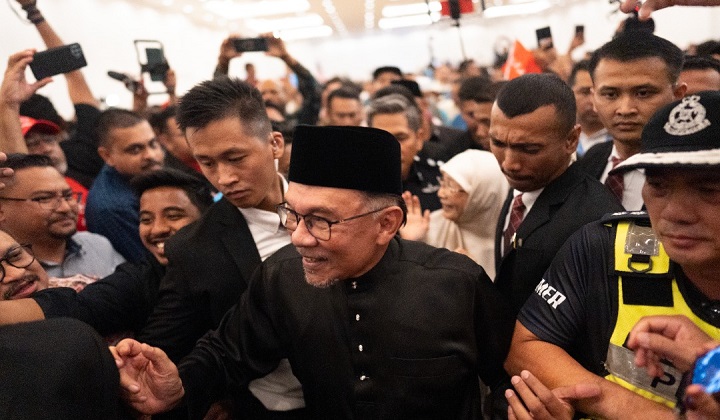 Datuk Seri Anwar Ibrahim clocked in for work in his first day at the Prime Minister’s office at 9am today.

He was received upon arrival at the Perdana Putra building in Putrajaya by Chief Secretary to the Government Tan Sri Mohd Zuki Ali.

The 75-year-old who took his oath of office as the 10th Prime Minister yesterday held a brief press conference today where he announced that Gabungan Rakyat Sabah (GRS) had agreed to join his unity government.

Anwar also said that the unity government would see a smaller Cabinet, apart from mulling a paycut for its ministers. Last night Anwar reaffirmed his stand that he would not be taking his salary as prime minister.

The prime minister added that his priority right now was on the cost of living and the increase in prices of goods. On that note, he would be convening a discussion with relevant government departments latest by Monday.

“I have asked for a detailed discussion and immediate action be taken to reduce the burdens faced by the rakyat. I wil meet up with relevant agencies in the near future, latest by Monday.

“I believe in their (officers) commitment. They understand that our main task is to reduce the burdens faced by the rakyat,” he said.