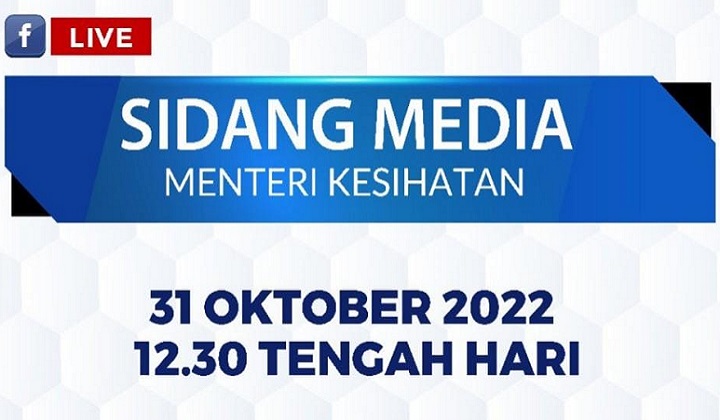 Caretaker Health Minister Khairy Jamaluddin reminded the public to be more cautious of the spread of Covid-19 as the campaign period for the 15th General Election (GE15) nears.

In a press conference today, Khairy said Covid-19 waves would come and go, adding that cases were now on the rise.

He also said the ministry was now highly recommending the use of face masks in crowded and enclosed areas. The minister himself was seen wearing a face mask in speaking at the press conference.

He said the upwards trend was believed to be due to the Omicron variant and the sub-variant XBB.

He advised the public to take good care of their family members during the election period, advising the vulnerable group – those aged 50 and above, those with comorbidities and low immune system, pregnant women and frontliners, including election workers, to get their second Covid-19 vaccine booster shot.

“The election campaign period will kick off on 5 November and we will be voting on 19 November. Let our democratic responsibility be done safely,” he added.

Khairy said that four XBB-positive cases have been recorded in Malaysia involving three male patients and one woman.

He said that three cases were new infections while another was a re-infection of Covid-19.

“The patients are aged between 25 to 51 years old and the cases are recorded in Selangor and Negeri Sembilan.”

Meanwhile, the former Rembau MP said that political parties and election candidates should set a good example during the election campaign period.

“Election candidates who want to go on house visits should wear face masks when visiting the sick and the elderly.

“Political parties too that hold ceramah in enclosed spaces should advise the attendees to wear face masks or provide face masks, for example, especially when the place is getting too crowded.”

Khairy also said that the Health Ministry had sent recommendations to the Election Commission (EC) on the standard operating procedure (SOP) for a safe general election and the matter would be announced by the election body.

On another matter, Khairy appeared coy on the possibility of contesting in Sungai Buloh for GE15, saying that he would leave such announcements to the UMNO leadership.