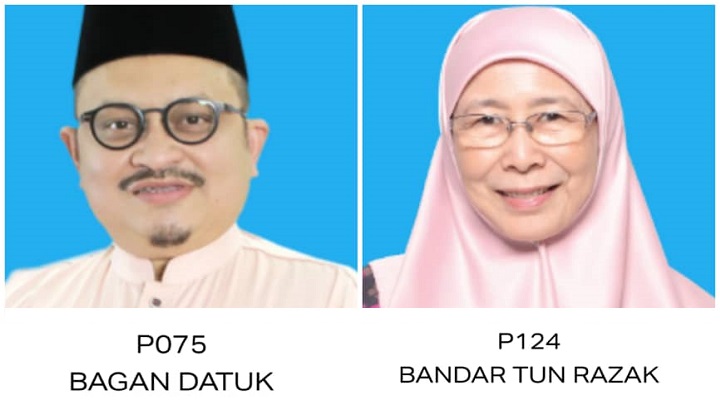 This would see him take on Umno president Datuk Seri Dr Ahmad Zahid Hamidi should the latter decide to defend the seat he has held since 1995.

As for former president Datuk Seri Dr Wan Azizah Wan Ismail, she will be leaving Pandan for Bandar Tun Razak.

The seat had been PKR’s for the past two general elections but they lost it when the late Tan Sri Abdul Khalid Ibrahim (GE13) was sacked from the party and Datuk Kamaruddin Jaafar (GE14) quit and later joined Bersatu.

PKR deputy president Rafizi Ramli who won Pandan in GE13 but stayed out of GE14 will return to contest in the seat.

Retained to defend their seats are Nik Nazmi Nik Ahmad in Setiawangsa and Fahmi Fadzil in Lembah Pantai.

R. Prabakaran who won Batu as an independent candidate will now defend the seat under PKR.

While there has been no official word, it was reported back in August that Putrajaya Umno had submitted Tengku Adnan’s name as a potential candidate for the seat in GE15.

As for Ampang, a seat previously held by PKR through Datuk Zuraida Kamaruddin, the party will be sending its Batu Tiga assemblyman Rodziah Ismail into battle.

Zuraida left PKR in 2020 and later joined Bersatu. She then left the party to join Parti Bangsa Malaysia (PBM). Now the president of PBM, the party confirmed Zuraida will defend Ampang in GE15. PBM, despite being new, is not however free from drama as Larry Sng claimed he was still president, in line with the party’s constitution.

Husam stepped down from his leadership post in Amanah but remained a member. Malaysiakini, quoting Husam, reported that he would now be joining PKR.

Pasir Mas has been a PAS stronghold since the 90s. It is a known battleground for Datuk Ibrahim Ali, who on three occasions won the seat for Umno, Semangat 46 and PAS. He has also stood in the constituency as an independent candidate but failed to secure a win. Now a member of Parti Bumiputera Perkasa Malaysia or Putra for short, it is unclear if and where he will contest in GE15.