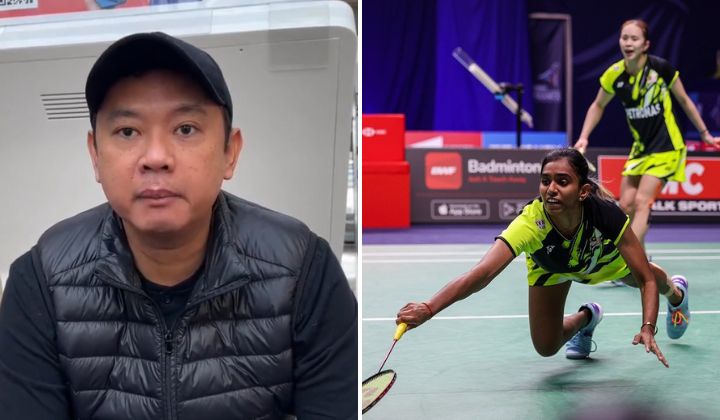 The 45-year-old coach Eng Hian was allegedly overheard referring to Malaysian badminton players Pearly Tan and M Thinaah as “white” and “black” while giving instructions to his shuttlers Febriana Dwipuji Kusuma-Amalia Cahaya Pratiwi during a break.

His remarks went viral online when it was caught live on television during round 16 of the match.

Eng Hian has since issued a video apology online in Bahasa Indonesia and explained that he had no intention to hurt both Malaysian shuttlers.

With all humility, I apologise to Pearly Tan and M Thinaah. I had no intention at all to upset the Malaysian players. Once again, I apologise for my words from the bottom of my heart.

Reactions online regarding the words used to describe the players were split online.

While some criticized the coach for using racist terms, others found the term harmless because it was allegedly acceptable in their country.

A few believed the coach was sincere in his apology and said he used those words because he needed to give quick instructions to his players.

They hoped Malaysians would forgive the coach for his momentarily lapse in judgement.

there’s nothing rude from the start here. Calling black and white is rude in your country, but not here. speaking the local language is common here, but it becomes a problem in your head. He is an apology, what do you want by commenting like this?

I’m not justifying his act but I hope you will understand that he truly didn’t do it on purpose to insult anyone. We hope that Malaysians accept his apology. He’s actually a good man #FrenchOpen

Pearly and Thinaah are still in the game

Despite the drama, many Malaysians congratulated Pearly and Thinaah and wished them the best of luck for the coming match.