While Khairy has yet to name the constituencies that have been offered to him to contest in GE15, rumour has it that it will either be Tampin, Kuala Pilah or Port Dickson. 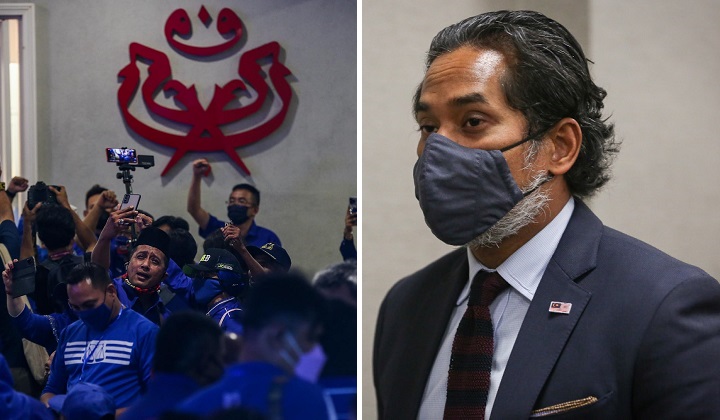 According to The Star, the former Rembau lawmaker – who was previously asked to give way to UMNO deputy president Datuk Seri Mohamad Hassan to contest the Rembau seat in GE15 slated on 19 November, admitted to having been offered to contest in other constituencies.

Khairy said that none of the alternative seats offered to him is a “safe” BN seat.

“I have been offered two or three seats where BN was defeated in 2018.

“I am prepared to accept this challenge for the sake of the party,” Khairy was quoted by The Star.

The three-term former Rembau MP added that the party sought his opinion on where he should contest but he will leave the final decision to the leadership.

“It is also true that we cannot expect to be fielded in a safe seat or else we will not be able to champion the party’s agenda everywhere.

“So whether one likes it or not, one must be prepared to contest in areas where we failed to win before this,” he said.

It was previously speculated that UMNO and BN would probably field Khairy in Kuala Pilah, Tampin or Port Dickson, all of which are inside Negeri Sembilan.

Kuala Pilah and Tampin were previously BN strongholds but PH won both seats in the 2018 general election.

Port Dickson’s parliamentary seat meanwhile has been won by PH since 2008.

According to The Star, Parti Amanah Negara (Amanah) Muhammad Faiz Fadzil, who is also the Permatang Pasir assemblyman (a state constituency in Permatang Pauh, Penang) has been proposed to stand in Tampin in GE15.

He however refused to confirm the matter when contacted by TRP today.

“Wait for the announcement,” Faiz replied briefly via WhatsApp.

Meanwhile, Negeri Sembilan Mentri Besar Datuk Seri Aminuddin Harun is rumoured to be the likely replacement for Anwar in Port Dickson while his press secretary Nor Azman Mohamad seems set to contest in Kuala Pilah on Pakatan Harapan’s ticket.