KJ had reiterated that he was asked to give way to UMNO No. 2 Tok Mat for the Rembau parliamentary constituency in GE15. 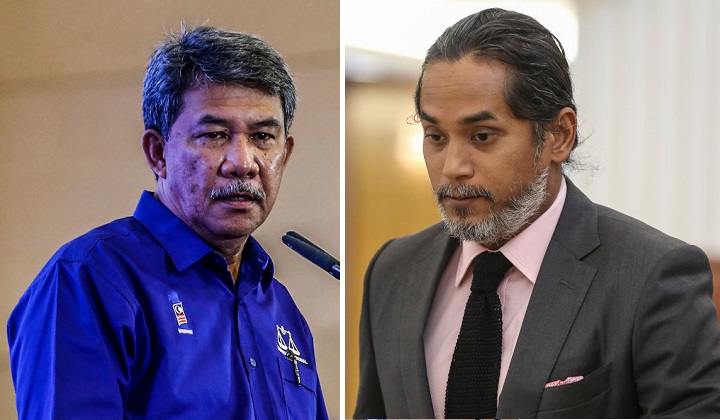 Rembau MP Khairy Jamaluddin Abu Bakar said he would hold discussions with UMNO deputy president Datuk Seri Mohamad Hasan with regards to the party’s candidate for his seat in the 15th General Election, behind closed doors.

“I have already said what I have to say. I’m not going to have this conversation in public anymore,” Khairy was quoted as saying by Bernama.

According to Khairy, popularly known as KJ, what he had said regarding the matter was truthful but insisted that the issue be resolved in private.

The Rembau lawmaker had previously said that he might not have a seat to contest in GE15 as Mohamad, fondly known as Tok Mat had sent him a message to “get out of the way”, as he intended to contest the Rembau parliamentary seat in the next general election.

Mohamad was a three-term Negeri Sembilan menteri besar and has been the Rantau assemblyman since 2004. Rantau is one of the four state seats inside the Rembau parliamentary constituency.

On Saturday, Mohamad confirmed that he was vying for a parliamentary constituency in GE15, but stopped short of naming the seat that he would be contesting, saying that he had yet to decide on the matter.

According to Bernama, Mohamad said that it is up to him to contest which seat, being the No. 2 man in UMNO.

He also said that it is up to the people to speculate whether he was indeed going for the Rembau seat as the matter “was not his concern”.

READ MORE: “Don’t Drop KJ, He Is An Asset To BN” Reezal Merican On Health Minister Giving Way To Tok Mat In Next GE