Worried onlookers shouted at the girl to get inside the house. 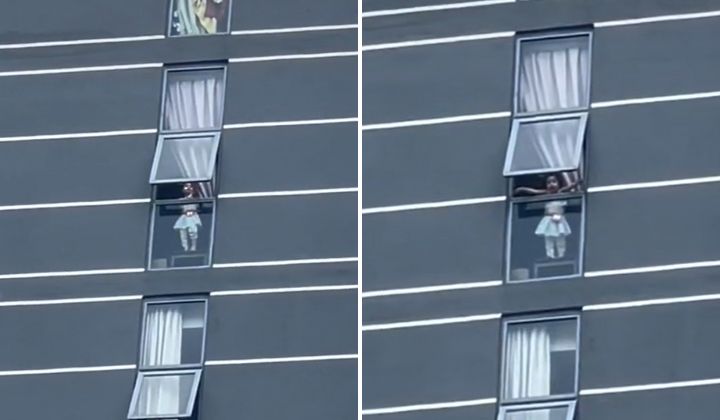 Parents are often reminded not to put anything near the windows such as a box or a low cupboard so that young children wouldn’t climb on it and accidentally fall off an open window.

A video posted by Tiktok user @elya217 showed how a simple mistake could endanger the life of a young child.

In the video, a young girl could be seen standing on a step stool next to an open window from a high-rise condominium unit.

After pushing the window pane further, she started waving her arms outside the window and singing the Happy Birthday song.

The worried onlookers across the building shouted at the young girl to get inside the house instead of playing near the window.

Fortunately, a woman, believed to be the child’s mother, noticed what was going on and quickly pulled the window close before anything untoward happened.

Netizens expressed worry about the child and asked whether the child was alright. They also wondered where the child’s mother went when it happened.

A few of them advised parents not to place anything near the windows or to install window grills just to be safe.