Lim Kit Siang had reiterated that he would not be contesting in any election anymore after announcing his retirement from active politics back in March this year. 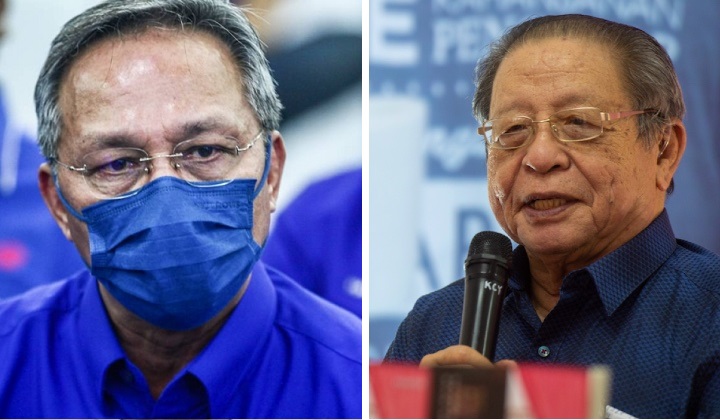 DAP supremo and Iskandar Puteri MP Lim Kit Siang today denied speculation that he will contest the Bakri parliamentary seat in the 15th general election (GE15), insisting that he had retired from active politics.

The DAP stalwart denial came just days after Johor Umno chief Datuk Hasni Mohammad had revealed that he had received information that Lim could possibly contest the Bakri seat in GE15.

In an apparent jibe to the former Johor menteri besar, Lim said that Hasni had misread the situation when he jumped the gun to reveal that Lim could be heading to Bakri in the next general election.

“Just as Hasni failed as a mind-reader when he failed to become Johor menteri besar after the state election early this year, he would fail as a mind-reader a second time when he said I was preparing to contest in the Bakri parliamentary seat in the GE15.

“I do not know where Hasni got his information, but he is proving to be an atrocious political leader and strategist, purveying fake and false information,” the 81-year-old politician said in a statement today.

He added that the Opposition camp must thank their lucky star to have a UMNO leader like Hasni in Johor.

“The DAP and Pakatan Harapan must be thankful that Hasni is the UMNO leader in Johore who believes in such misinformation.

“For Hasni’s information, I have retired from competitive politics and I am not aware of any recent DAP meeting allegedly to discuss my candidature for Bakri parliamentary seat in the GE15.”

Hasni had on Monday said that Lim will not be defending his Iskandar Puteri seat but “may possibly contest in Bakri.”

“The decision for him to re-contest despite saying he was will retire was apparently made during a recent DAP meeting,” Hasni was quoted as saying by Malay Mail.

The former Johor menteri besar – who is also Barisan Nasional’s poster boy in the Johor state election earlier this year, said this during the launching of the UMNO veteran’s election machinery for GE15 at Kompleks Seri Pekembar in Pagoh.

Despite leading BN and UMNO to a landslide victory in Johor 2022 state election, Hasni, who managed to defend his Benut state seat in the election, was subsequently replaced by Machap assemblyman Datuk Onn Hafiz Ghazi.

Lim had announced his retirement from active politics – where he stated that he wouldn’t stand for any election inside or outside the party, including parliamentary and state assembly elections anymore –  during the 17th DAP National Congress at IDCC Shah Alam, on 20 March.