The DAP cornerstone is calling it a day after being in the party for 56 years. 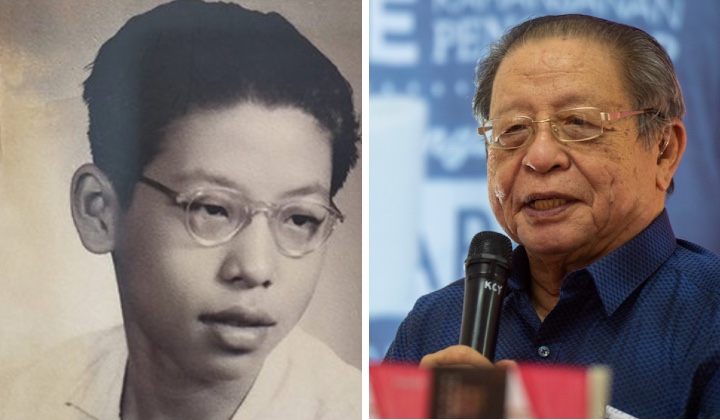 Veteran DAP leader, Lim Kit Siang, has announced that he will not contest in the 15th General Election (GE-15).

Kit Siang, 81, who is also Iskandar Puteri MP, said this when speaking at the 17th DAP National Congress at IDCC Shah Alam, today.

The experienced politician also announced his retirement from politics and will not contest for the party’s election this time.

I took this opportunity to announce my retirement from politics. I withdrew from contesting the JTP (selection committee) election today. Please delete number 39 from your JTP candidate list. I will also not contest in Parliament or state elections in the future.

Kit Siang expressed satisfaction at seeing how DAP has grown from a small opposition party.

From taking part for the first time in the 1969 general election, the party is now a major political party that managed to form the Federal government.

He noted how DAP took over the government in seven states with its partners in Pakatan Harapan (PH) during GE14.

Kit Siang said the recent Johor state election (PRN) is an important reminder that the dream for a united, democratic, fair and successful Malaysia remains a long-term political struggle.

In the process, he stressed, the party faced many successes and failures, victories and defeats.

However, DAP must stick to its goals and never compromise in terms of principles and ambitions, said Kit Siang.

We must rekindle hope and confidence in the future because whether we can reverse our country’s declining trend over the past half century, depends entirely on us.

Veteran DAP leader Lim Kit Siang on the struggle that lies ahead.

Kit Siang added that the spirit of unity, loyal friends, commitment and determination has never been more important in the history of DAP, in order to realize Malaysia’s dream.

It has been an honour for me all this while to have the opportunity together with patriotic Malaysians, whether inside or outside DAP to work together along the way towards realizing our Malaysian dreams together.

Critics had been calling for Kit Siang to retire following the collapse of the Pakatan Harapan government in 2020.

Kit Siang was blamed for working together with his former nemesis Tun Dr Mahathir Mohamad.

There were rumours saying that he and his son Guan Eng would lose in the coming party election if he does not bow out.

Nevertheless, many Malaysians expressed their appreciation to Lim for his contribution to the country throughout the decades.

Lim is indeed a familiar figure in Malaysian politics since the 60s.

His family is from Zhangzhou Province, China and is of Yunnan descent.

After graduating from school, Kit Siang worked as a teacher at a school in Senai in June 1959.

Later, he worked in journalism at the New Straits Times and Radio Singapore from 1961 to 1965.

In 1966, he concentrated fully on politics and joined DAP.

He was appointed Secretary of the National Organization and Editor of the Pparty organ, The Rocket, from 1966-1969.

Kit Siang then contested and won as a candidate in the Bandar Melaka Parliamentary seat during the 1969 General Election.

When the May 13 riots hit, Kit Siang was said to be in Sabah and campaigning there.

Upon his return to the Peninsula, he was detained under the ISA on charges of sedition and detained for 62 days.

Kit Siang was later released 17 months later and described his detention as political in nature.

In 1976, Kit Siang criticized the government for the purchase of Swedish-made vessels by the Royal Malaysian Navy inside and outside parliament.

Two years later, he was convicted of five offenses under the Official Secrets Act 1972 which carried a sentence of 30 years in prison if convicted.

In 1987, Kit Siang was again arrested under the ISA Act during Operation Lalang. He was detained without trial for 18 months in Kamunting.

In 1992, Kit Siang was suspended from Parliament for eight months.

The offence? Calling on then Prime Minister Tun Dr. Mahathir to submit a White Paper in Parliament.

Kit Siang was looking into the outcome of the reopening of the ACA investigation into then MIC President and Energy, Posts and Telecommunications Minister Datuk Seri S. Samy Vellu.

It also involved the scandal surrounding the acquisition of Maika Holdings’ Telekom shares.

In the 1999 General Election, Kit Siang lost in Parliament for the first time in the Bukit Bendera Parliament.

He returned to Parliament after winning the Ipoh Timur seat in the next election.

Since then, Kit Siang continued to be the backbenchers MP for the opposition pact until 2018 when the movement led by Tun Dr Mahathir managed to overthrow BN for the first time.

Until now, if one mentions about DAP, it will definitely be tied to Kit Siang and vice versa.