The group fought each other using plastic chairs and a wooden stick. 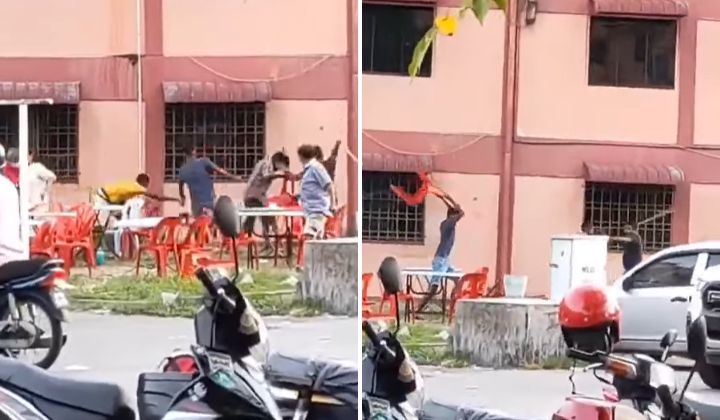 The men fought each other using plastic chairs and a wooden stick outside an eatery around 6.22pm.

In another video, one of the men could be seen throwing a plate or glass from the table while members of the public could only stand and watch.

A separate video showed the victim lying motionless and face down in the drain nearby.

The police are now on the hunt for the other three suspects, aged between 20 to 30. The suspects couldn’t be found at their homes.

According to Kosmo, it’s believed that the victim instigated the fight after disturbing the other three suspects at the eatery.

The case is being investigated under Section 324 of the Penal Code for voluntarily causing hurt using weapons.

Anyone with information is urged to contact the lead investigator Inspector Amy Crystal Anak Barahen Tahir at 014-3909719.