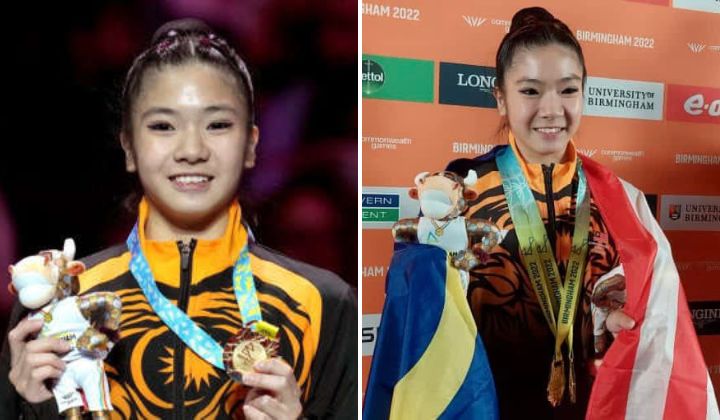 Malaysia has reached its target of winning six gold medals at the 2022 Commonwealth Games in Birmingham on Saturday.

According to Stadium Astro, Ng first got gold in the ball event and then the ribbon event.

She also became the first Malaysian to win two rhythmic gymnastics gold medals at the Commonwealth Games, surpassing Elaine Koon and Amy Kwan who had one each.

Ng dedicated the two gold medals she won to her Russian coaches. The Malay Mail reported that she had to compete at the Commonwealth Games without both of her coaches, who were barred from entering the United Kingdom.

Instead of giving up, they made do with online training and their efforts paid off handsomely when Ng brought home not one but two gold medals.

I am freaking happy right now, I did not expect to win gold at all but I believed all my hard work before the Games had finally paid off. This win is for my parents too as they were the ones who keep supporting me by sending me to training.