The eldest daughter of UMNO’s president Datuk Seri Ahmad Zahid Hamidi posted a picture of the backside of the hijab-less woman sitting in a café in Zamzam tower on her Instagram. 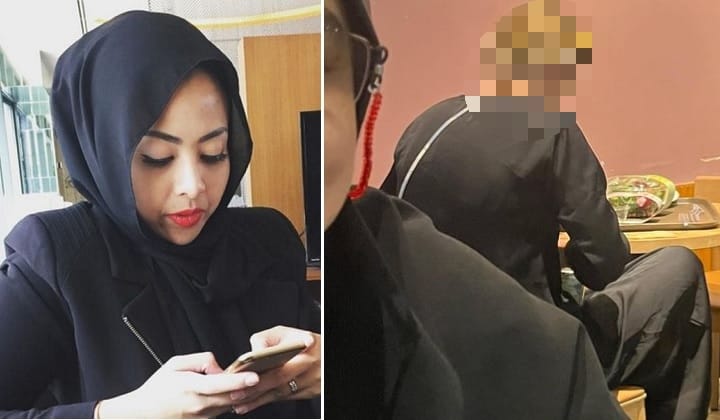 Datuk Nurul Hidayah Ahmad Zahid’s decision to post a picture of a woman without her headscarf in a Starbucks in Mecca drew criticism from the netizens who question why she felt the need to disgrace others when performing Haj.

Nurul Hidayah said that she intended to go and ask the blonde woman, presumably why she took off her hijab but was stopped by her husband.

She ended the post by reminding her followers that doomsday is upon us.

Reacting to the post, an Instagram user commented hoping that Nurul Hidayah to combat graft in Malaysia, saying that this is too an indication that the end of days is nearing.

Nurul Hidayah replied to the comment by saying that graft, slander and usury (riba) is rampant these days that they can be battled by one or two person alone, adding that it is better for one to repent rather than to look at other’s fault.

This prompted netizens to troll Nurul Hidayah as the irony was not lost with them, condemning Nurul Hidayah’s act of posting the picture without the woman’s consent.

Twitter user Eida Sharif sarcastically said that is a very ‘Muslimah’ act by Nurul Hidayah to highlight the woman’s supposed wrongdoing on social media, while courting followers to “witch hunt” the unidentified woman.

Another Twitter user A A points out that posting the woman’s picture only exposes her aurat to more people.

There are also those who said that the woman is just enjoying her meal and Nurul Hidayah should have left her alone.

While it was not immediately clear whether the woman in the picture is Muslim or not, the wearing of hijab or any other form of head covering is not required in Saudi Arabia since 2019.