The teacher was reportedly angry that the young student was too slow in retrieving the Quran from the back of the class. 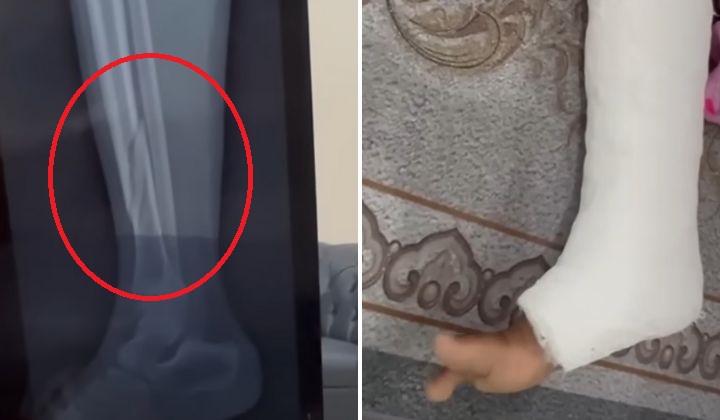 A young male student suffered a broken leg after his teacher slammed him against a chair in a KAFA religious school in Marang, Terengganu.

The horrific incident started when the boy, who’s also the class monitor, was asked to retrieve the Quran from the back of the class around 5pm on 6 July.

However, the boy didn’t retrieve the Quran fast enough for the teacher. The teacher carried the boy and threw him against the chair in anger. According to Buletin TV3, the boy’s legs landed in a folded position.

The poor boy was ignored when he cried and complained about the pain. He wasn’t able to walk or move until 6pm that day.

His 36-year-old mother discovered what had happened in school when he complained to her about the pain at home. The boy’s parents quickly brought him to a private clinic and had an X-ray done.

They were shocked when the X-ray showed that the tibia and fibula in their son’s right leg broke.

The case was then referred to Hospital Sultanah Nur Zahirah, Kuala Terengganu.

The teacher asked for forgiveness

After the school was informed about the incident, the teacher in question and another teacher visited the victim’s home to ask for forgiveness. They also implored the family not to lodge a police report.

As compensation, the school offered RM300 and would lend the boy a wheelchair. The family of the teacher in question also reportedly came over to the victim’s house to carry out an alternative traditional healing ritual on the boy.

The parents of the boy are livid about the whole incident and have lodged a police report on 8 July to take further action.

Berita Harian reported that the case is being investigated under Section 325 of the Penal Code.