The group acknowledged that it’s a fictional retelling of a historical figure but added that the negative portrayal of minority groups was problematic. 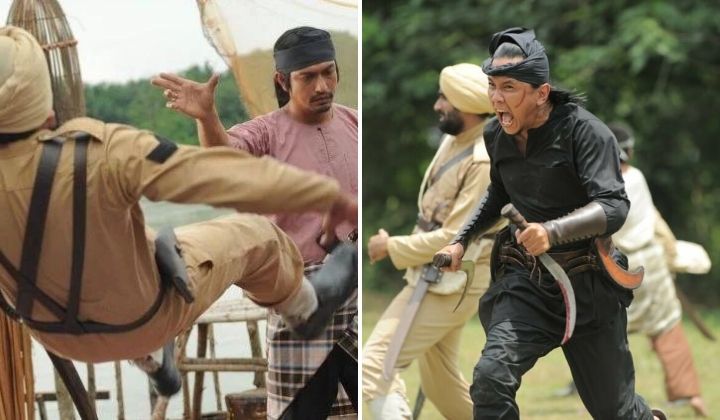 However, the film is also not without its faults to some members of the community such as the Sikh non-governmental organisation United Sikhs Malaysia.

The group noted that the film is a fictional retelling of a figure who fought against British imperialism in Pahang and showed the spirit of the Malays who were determined to defend Tanah Melayu.

Nevertheless, the group also found that the portrayal of non-Malay Muslim characters as villains in the film was distasteful and problematic.

Based on the group’s official statement, the film regretfully portrayed characters of other races and religions such as turbaned-Sikhs as British soldiers who laid hands on old folks, children, and helpless citizens.

While they acknowledged that these characterisations were added by the producers to tell a compelling story, they believe these negative portrayals could lead to racial disharmony.

The group also explained that the Sikh code of practice prohibits its followers from laying hands on children, women, the elderly, and helpless citizens, even during a war.

Other people criticised the negative portrayals too

According to Malay Mail, netizens on social media also pointed out the controversial portrayal of minority communities in the blockbuster film.

Opposition lawmakers who helped promote the film by hosting free screenings found themselves receiving the heat from netizens too.

Pakatan Harapan leaders had to defend themselves for promoting the film despite its problematic portrayal of non-Muslim characters.

Many DAP leaders have screened it for free in their constituencies. We want to promote the importance of [supporting a] local production.

On the other hand, Hang Tuah Jaya MP Datuk Seri Shamsul Iskandar Md Akin spoke in support of the film.

He pointed out that the main themes of the film – fighting against unfair taxation and against traitors – remain relevant today.

These two areas remain relevant to our political context if we were to interpret elements in the movie. In any struggle, there will be traitors and we must be constantly vigilant to fight them. We can’t allow any leader to act like the British colonizers.