Widely seen as a patriot and national folk hero, Mat Kilau has evolved into a paragon of bravery and loyalty in Malay culture. 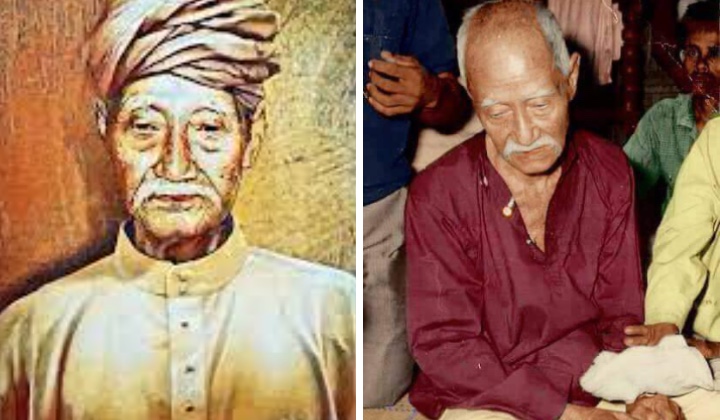 Mat Kilau is recognised as one of the most prominent Malay warriors who stood up against British colonialism in Pahang at the end of the 19th century.

He fought alongside his father, Tok Gajah (Imam Rasu), and other Pahang warriors such as Dato’ Bahaman and Mat Kelubi.

One of the main reasons they opposed the British occupation of Pahang was the latter’s interference in its government.

Mat Kilau is a native of Kampung Pulau Tawar in Jerantut, Pahang, who is said to have been born around 1848.

He and his followers have fought several times with the British and Siamese troops around the states of Pahang, Terengganu and Kelantan.

Rebel With A Cause

The struggle started around the 1890s, when the people in Pahang were revolting.

They were angry with the British who, like a lion opening its mouth, took over the task of collecting taxes and revenue from the appointed head of state.

Following the incident, the British declared war on several Pahang nobilities and ordered their arrest and punishment.

However, Mat Kilau and several other resistance leaders managed to escape and spread the spirit of nationalism against the British in the neighbouring states of Kelantan and Terengganu.

suprised if you know this but the likes of rosli dhobi, tok janggut and mat kilau back then are considered as penderhaka . Tok jangguts body was even paraded to scare the malays . The sultan of kelantan then was told by the British to give the title penderhaka to tok janggut . https://t.co/xaMCg9Z7Lz

Around 1895, he was reported missing and allegedly killed on the Kelantan-Siam border.

His ‘body’ was ‘buried’ in Kampung Bunut Payung, Kota Bharu, Kelantan in 1895.

That was only the end of the beginning.

On 26 December 1969, the country was shocked by the appearance of an older man.

He announced that he was Mat Kilau in a mosque in Kampung Pulau Tawar in his own hometown, after Friday prayers.

Prior to that, the man was known to the villagers as Mat Siam.

Besides using the name Muhammad Ibrahim, he is also known as Mat Dahan, Mat Dadu, Mat Teoh and Din.

The revelation spread so quickly throughout the country through the news in the press and got the attention of many parties, including the federal government and the Pahang state government itself.

The Pahang Menteri Besar Pahang at that time, Tan Sri Yahya Mohd. Seth and his entourage visited the man at his home.

Following the issue, the Pahang government formed an investigation committee in early January 1970.

It was headed by Dato ‘Abdul Aziz Ahmad with the consent of the then Sultan of Pahang.

It resulted in his inability to speak generally understandable, and his movement became restricted.

It is said that the matter happened because Mat Kilau had violated the oath made with his comrades-in-arms not to reveal their identities and stories to the public.

The committee had to use other means to investigate the matter, namely by referring to colonial records and newspapers.

They also referred to the testimonies of Mat Kilau’s comrades, who were still alive at the time, given their limited ability to obtain information from him directly.

At first, most local scholars and historians doubted Mat Siam’s claim as there was no concrete evidence.

However, they have not flatly rejected the allegations. Prof. Syed Hussein Alatas suggested that the individual be awarded the rank of Tan Sri if the committee’s investigation confirmed that he was Mat Kilau.

The award is recognition for his outstanding service in fighting for the country’s independence.

But what about the reports of colonial officials and newspapers in 1895 that reported that Mat Kilau had been killed and had been buried in Bunut Payung, Kelantan?

The committee noted that Mat Siam had previously told his immediate family members that he had been arrested and beaten by the Siamese army until he fainted but did not die.

His ‘body’ was then handed over to the then Sultan of Kelantan for his funeral arrangements.

However, it was found that Mat Kilau was not yet dead after he regained consciousness.

Since then, Mat Kilau has wandered around Pahang, Kelantan and Terengganu to hide his true identity.

He also used various nicknames for fear of being hunted by the British.

Teh Ibrahim was one of his brothers who also fought alongside him. It is not clear why he used the pseudonym of his younger brother.

During his more than 70 years in disguise, he did several jobs and only his closest relatives, a few close acquaintances and his martial arts students knew his true identity.

He also used to work as a rubber collector and with the survey department.

Mat Kilau had the students of his martial arts students swear that they would not reveal his true identity until he passed away.

The news also attracted the attention of several ministers, such as Tun Abdul Ghaffar Baba, the then Minister of National and Rural Development, who came personally to Mat Kilau’s house in Kuantan and chatted with him.

The three most substantial pieces of evidence are the confirmation from three of Mat Kilau’s comrades-in-arms who had fought with him before and are still alive.

Four days of announcing his recognition, Mat Kilau died of illness. He was believed to be 122 years old at the time.

With his death, he did not have time to further tell the story of his struggle.

To this day, Mat Kilau is widely seen as a patriot and national folk hero, venerated for his unflinching loyalty and valour.

He has evolved into a paragon of bravery and loyalty in Malay culture, given his struggle to drive out the British and make the sultanate whole again.

History, indeed, is what we leave behind for the next generation.