The Schizoaffective disorder survivor said that he was already at an LRT station about to end his life when a friend suddenly called him just to say hello. 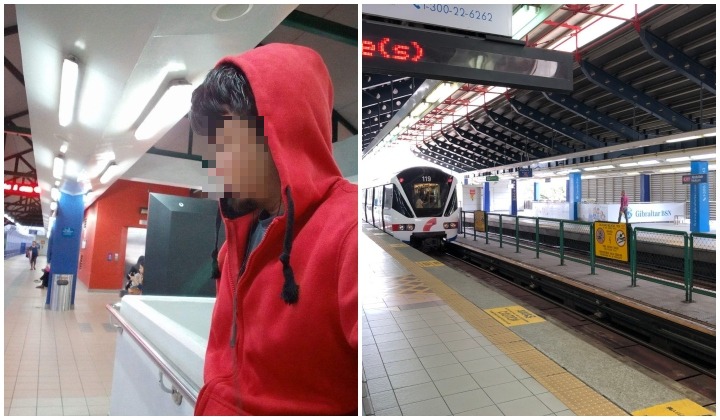 He was minutes away from killing himself by jumping on the tracks of an LRT station, but a phone call from a friend and hearing the azan (call for prayer) made him change his mind.

This was shared by author and mental health advocate Muhammad Faris Nazrin through his social media accounts yesterday.

He decided to share his experience of attempting suicide after stumbling upon an old photo of himself at an LRT station, during which he was determined to end his life.

“The last WhatsApp for Mama (and) Ayah has been written, pictures have been taken. I was determined to jump on the LRT tracks,” the author of “Aku dijangkiti kehidupan” recalled.

He said that the train was just six minutes away before suddenly his phone rang.

It was a friend of his, calling just to say hello. The friend ended the conversation by saying “I care for you”, wrote Faris on his Facebook.

He then heard the Isya’ azan and came to the realisation of what he was about to do.

“After hearing the azan, I ran towards the mosque. I remember after the Isya’ prayer, I prayed with all my heart to Allah to give me strength to battle this (mental) illness.”

Soothing words helped save his life

According to Faris, things would have been different if not for the kind and soothing words of his friend on that fateful night.

“You know, words can strongly affect people in two ways: changing their lives or making them miserable.

“For those who practice kind words to help people who are struggling (with mental issues), I pray heaven for you. Because what saved me that night was the soothing words.”

He said that he had since become a mental health awareness advocate to make the public aware of how real and painful mental illness is.

He ended the post by encouraging mental patients and caregivers to speak nicely to one another as it could make you a person who is easy to be around.

If you or a loved one is struggling with mental health issues, do not be afraid to seek professional help and guidance. You can also reach out to Befrienders via:
Phone: 03-7956 8145
E-mail: sam@befrienders.org.my
Available 24 hours every day, 7 days a week.
Calls from 8 local telcos are absolutely FREE.

READ MORE: Knowing The Difference Between An Anxiety Attack And A Panic Attack

Attempted Suicide Is FINALLY Being Decriminalised In Malaysia

Spike In Suicides Nationwide During MCO