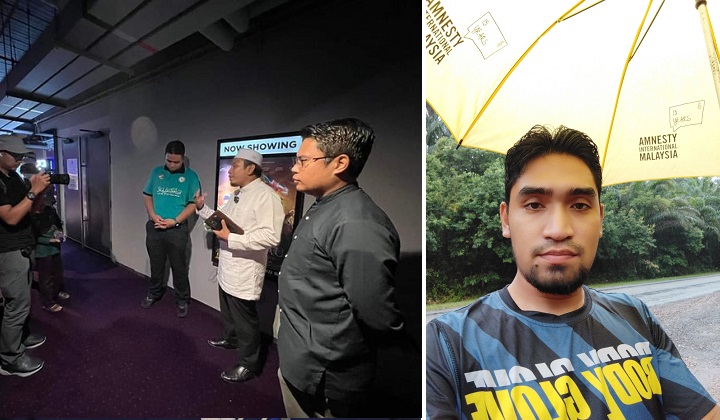 PAS Youth Chief Ahmad Fadhli Shaari was taken to task by activist Khalid Mohd Ismath – for watching a movie at the cinema – while PAS-led Kelantan remains cinema-less for over 30 years.

“When the people asked to build a cinema in Kelantan, PAS said it was haram (forbidden) but PAS clerics went to see movies in KL and it’s not haram,” tweeted the outspoken activist.

He also shared a picture of Ahmad Fadhli speaking to presumably media personnel in a cinema’s hallway.

The last operating cinema in the east coast state was the Lido Cinema in Jalan Pos Office Lama, Kota Baru.

Ahmad Fadhli, who is also the Pasir Mas MP, had also in the past defended the Kelantan state government’s stand on not having movie theatres in the state.

The Skills Development Fund Corporation (PTPK) chairperson drew flak after pictures of him watching a movie at the cinema went viral on social media.

However, Selangor PAS Youth had defended Ahmad Fadhli, saying that the party’s youth chief was invited to attend the screening of a new local film which can only be viewed at the cinema at this point in time.