The eight individuals were recorded to enter Johor Bahru without going through the passport control of the Bangunan Sultan Ismail Customs, Immigration and Quarantine (CIQ) facility yesterday. 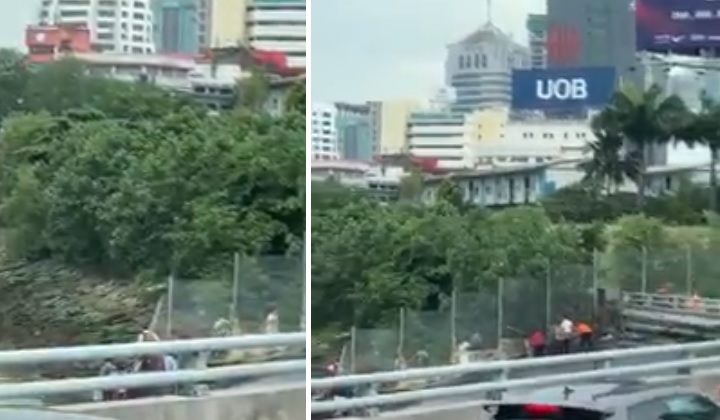 Police are on the hunt for eight individuals, five men and three women that had illegally entered Johor Bahru from Singapore yesterday through a makeshift route below the Johor Causeway on the banks of the Tebrau Straits, Malay Mail reported.

According to Johor Baru South police chief Assistant Commissioner Raub Selamat, the suspects entered the country illegally by walking off the Johor Causeway and going through an illegal opening, without going through passport control of the Bangunan Sultan Ismail Customs, Immigration and Quarantine (CIQ) facility.

A video recording of the incident had also gone viral over social media.

It was believed that the suspects want to avoid the daily long queues at the CIQ facility due to rush hour.

Raub said that the case is being investigated under Section 6 (3) of the Immigration Act 1969/63.

“The individuals involved in the illegal entry have been asked to present themselves at the Johor Baru South district police headquarters to have their statements recorded,” Raub was quoted as saying by the news portal

Those with information related to the incident should contact the police, he added.

He said that the police have placed a 24-hour guard at the scene, adding that barbed wire was also installed along the opening of the Tebrau Straits at the end of the Causeway.

He also said that the police are tracing the individuals involved in the incident, adding that he had also been in contact with the Home Ministry to resolve the issues at the BSI’s CIQ.