84-year-old Lau San went on a hike with friends on 11 March and is still missing. 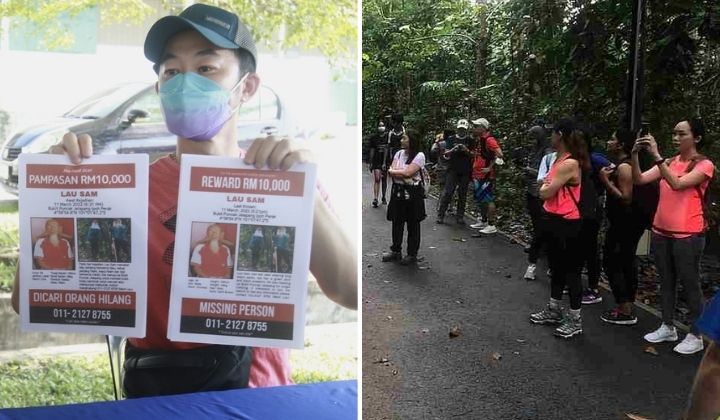 The family of a missing hiker is offering an RM10,000 reward to find him after he went missing a few days ago.

The Star reported that Lau San, an 84-year-old man, has been missing after going on an evening hike with friends at Puncak Jelapang, Ipoh, on Friday, 11 March.

He was reported missing by his friends after the hiking trip at around 6.30pm. He was last seen wearing a red hat, a green shirt, long black pants and black sneakers.

Lau San’s son, Kok Gian, 48, said the family is worried because his father has been missing for eight days now.

Before going on the hike, Lau San had lunch and watched television before leaving the house in Kampung Tawas at 3pm.

My father had a full medical check-up two days before his disappearance and the doctor gave him a clean bill of health. He has no history of dementia and he regularly goes hiking two to three times a week.

Lau San’s son, Lau Kok Gian said in a press conference at the search and rescue site, as quoted by The Star.

Ipoh OCPD Asst Comm Yahaya Hassan said canine units and drones from the police and Fire and Rescue Department have been deployed but the search has not been fruitful.

Lau San is said to be an experienced hiker and has been to the hill many times.

Despite this, ACP Yahaya urged the public not to hike alone and to hike in a group. He added that hikers should also bring along their mobile phones and make sure the device is adequately charged.