Khairy says that the ruling government is in a stable position and does not need to hold the general election just because it won successive state polls in Johor and Melaka. 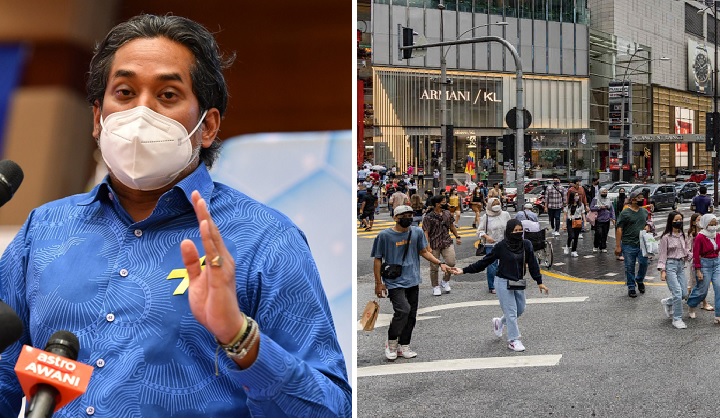 Health Minister Khairy Jamaluddin Abu Bakar suggests that the government should wait for the public health situation that was affected by the Covid-19 pandemic to be stabilised first before holding the 15th General Election.

He said that although Malaysia is in the transition to the endemic phase, the country still needs to be careful as the general election will involve a lot of people.

The Rembau MP added that the ruling government should not be hasty in holding the general election just because of the political opportunity that arises.

“When the country’s borders are opened, spacing between the congregants (at the mosques and surau) are narrowed and the capacity limit terminated, it does not mean that we can do anything we like. The Johor state election has just ended, so I feel it is better for the public health situation to be really stable first.

“I also see that the federal government has an agreement (Memorandum of Understanding on Transformation and Political Stability) until July, so there is no urgent need for it (GE15) as the government is stable, it will not collapse and laws can be passed in Parliament, so let’s not do anything unnecessary just because we see a political opportunity,” said Khairy.

The ruling coalition had previously reclaimed Melaka which they lost to Pakatan Harapan in the last general election.

READ MORE: BN To Form The Next Johor Government With Two-Thirds Majority