BN retook many of the seats it lost in the 14th GE. 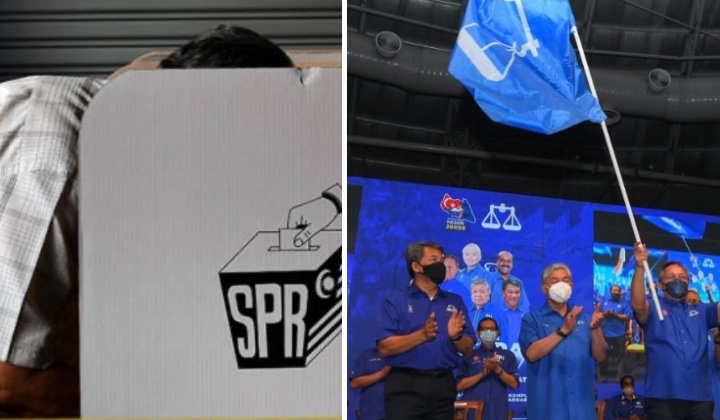 Perikatan Nasional (PN) and Pakatan Harapan (PH) had once again failed to stop the resurgence of Umno-Barisan Nasional (BN).

BN won the Johor election with a two-thirds majority, taking 40 of the 56 seats in the state assembly.

BN’s Datuk Hasni Mohamad is set to be the new Johor Menteri Besar after winning the Benut seat.

BN component parties – MCA and MIC – also did well after being wiped out in GE14.

Both parties won four seats each.

The election result may have sounded the death knell for the fledgling PN led by former prime minister Tan Sri Muhyiddin Yassin.

PN’s weakness was most glaring as it fielded candidates in all 56 DUNs but won only 3.

The Bersatu president would be dreadfully embarrassed as BN even snatched his former seat of Gambir.

The Islamist party was only able to win one seat in Maharani, out of 15 DUNs contested.

The only glimmer of hope among PH was DAP, which delivered most of the 10 seats.

The result will no doubt raise questions once more on Datuk Seri Anwar Ibrahim being the leader of PH and the Opposition.

Pejuang could not win even one of the 42 seats it had contested, signalling that Dr Mahathir may have lost his influence among voters, especially the Malays.

On the bright side, MUDA still managed to gain its first-ever seat as Amira Aisya Abd Aziz won in Puteri Wangsa.

Johor, which is one of the economic powerhouses in the country, has seen three different Menteri Besar since the defeat in the 2018 general election to Pakatan Harapan (PH)

The loss ended BN’s control over the state for the first time in six decades, and now they are back in full swing.