Her husband has been undergoing monthly hospital treatments for heart attack and high blood pressure. 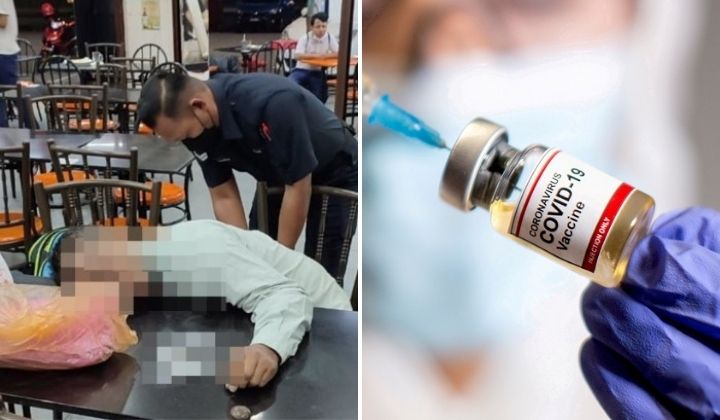 A viral post that has been making its round recently claimed that a man who was having breakfast at a restaurant in Bukit Sentosa, Rawang on 19 January died due to the Covid-19 booster shot.

He was sent to Hospital Kuala Kubu Bharu for post mortem.

The 54-year-old man received his booster shot on 12 January and did not experience any symptoms or side effects other than feeling weak in the arms.

Wife clarifies cause of death

According to Harian Metro, the man’s wife Rabunah, 49, has refuted claims that her husband had passed due to the vaccine.

She was shocked when the police informed her of the allegations because she did not state in her husband’s death report that it was due to the booster shot.

Rabunah said her husband has suffered a heart attack and high blood pressure since five years ago. He underwent monthly treatments at Hospital Selayang for it too.

She clarified that her husband passed due to a heart attack and wished everyone to stop spreading false news.

The case has been classified as sudden death and there is no foul play involved. The police also advised the public to stop speculating about the man’s death.

15 May Is The Last Day For Kids To Get First Covid-19 Dose, Says Deputy Health Minister

How To Book Your Booster Dose Appointment In MySejahtera?