The search had to be called off at 2 am yesterday when the location signal went missing. 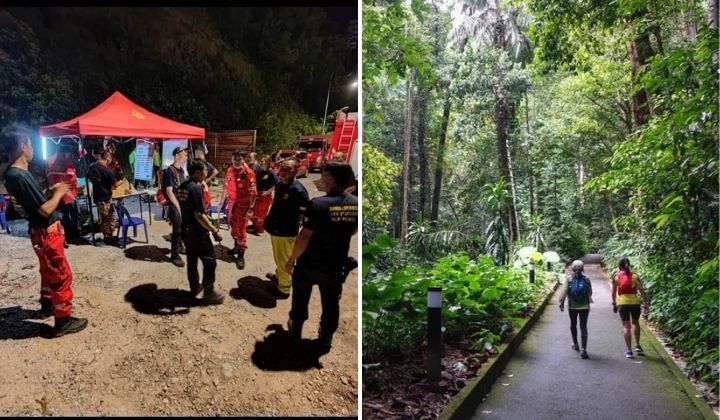 A woman is believed to have gotten lost while hiking at the Penang Botanic Gardens yesterday evening at 4.04 pm (8 January).

The woman known as Dewi went on a hike for two hours but failed to make it out of the park.

A spokesperson from the Fire and Rescue Department (JBPM) said they contacted her through a phone call.

According to Kosmo, she managed to send her location via Whatsapp to the commander of the operation.

Based on a report by The Star, she’s believed to have started her hike from the Botanic Gardens but has gotten lost around the hills near Surin Condominium around 6 pm.

With help from police and the public, the search and rescue mission continued until 2 am.

However, it had to be called off at 2.15 am when Dewi’s location signal disappeared.

The search and rescue operation resumed today morning at 8 am (9 January), and a Pos Kawalan Bomba (PKB) has been set up at the location.

Here’s to hoping Dewi will be found safe and sound.