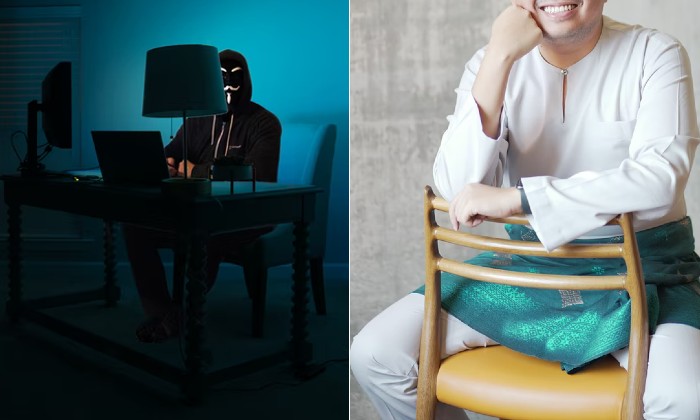 Have you ever heard of the ‘Nigerian Prince’ scam? It’s perhaps one of the oldest, still-running internet frauds on the planet.

The way it works is simple. Imagine yourself receiving an email from a stranger who offers an opportunity of a lifetime;

“Dear so and so,” the email would read. “I am Prince this and that, member of this whatever royal family, from the blah blah kingdom. I have millions of dollars that I’d like to transfer out of my kingdom but I need your help to do it. All you need to do is send me some of your money in advance to begin this transaction or heck just send over your bank account and personal details so I can do it for you…” or something like that.

Now, most people who receive something like this would already know that it is a scam, but still, for decades, thousands of people from all over the world have lost millions, maybe billions, to this devious scheme.

The Nigerian Prince scam itself is a remix of a centuries-old trick called the ‘Spanish Prisoner’ scam that came about during the French Revolution in the 1700s’.

Scammers would send handwritten letters impersonating noblemen who have supposedly been imprisoned, needing help in the form of money to be set free.

This ‘advance-fee scam’ as some call it, has evolved to take on many different forms while still praying on the same type of people

According to the FBI, the scheme relies on convincing willing victims who demonstrate a ‘propensity for larceny’ or to put it short, those who are easily duped. Some psychologists also say that these types of scams are so effective because they prey upon a person’s greed and a desire to be a hero by helping others.

Read More: How Scammers Prey On Your Desires To Get What They Want

Beware the cunning tactics of the ‘Tengku’ love scam

Nowadays, it seems that scammers are employing every tactic they’ve mastered over the years to prey upon people’s hearts instead.

The scam involves people being cheated out of their money and possessions by a person claiming to be a “Tengku” or a member of the Malay royal families.

Victims are emotionally manipulated to hand over their valuables to the “Tengku” to supposedly prove their love and admiration for their fraudulent lover.

Recently, a 20-year-old entrepreneur in Kelantan fell for the treacherous love scam after meeting someone who claimed to be a “Tengku” on the Grindr online dating app.

The victim reportedly lost more than RM570,000 as well as jewellery belonging to his mother in a bid to win the “Tengku’s” heart. The “Tengku” had even promised to purchase the victim a pick-up truck in return for the devotion that was shown.

It is said that the victim was also forced to give up his belongings to the scammer because the suspect had threatened to leak the victim’s nude videos.

The case was now being investigated under Section 420 of the Penal Code for the crime of cheating, deceiving and dishonesty in order to get a person to hand over their property.

According to PDRM, cases of love scams are nationally on the rise.

Their data show a total of 1,535 love scams reported in 2019, involving losses of over RM79 million, and in 2020 a total of 1,582 similar cases were reported which involved losses totalling more than RM58 million.

Love or romance scams as they call it has a victim falling for individuals who work to gain their affection in exchange for profits.

Scammers would use platforms such as social media or online dating applications to lure victims into believing that they are someone they are not.

Romance scammers would oftentimes create fake profiles and fake identities, even to go as far as impersonate someone you might know, in order to ‘catfish’ victims to fall for their ruse.

PDRM advises Malaysians not to be easily charmed by a person’s profile pictures and online personality, besides being careful with who we are in contact with on cyberspace, especially if they say they are overseas.

Netizens are reminded to not be fooled by a stranger’s sweet promises and character or give out any personal and valuable information over the internet, phone, email and other platforms.

The public is also cautioned against making any financial transactions, or lending money to someone they don’t absolutely know.

If you or anyone you know have information or may have been a victim of such scams, please reach out to PDRM’s Commercial Crime Investigation Department (CCID) Scam Response Centre hotline at 03-2610 1559 or 03-2610 1599, or head on over to your nearest police station to make a report.

Online ‘Slap’ Service For Sale On Shopee, Over 200 Slaps Sold

The Internet Is A Dangerous Place; Here’s How You Can Make It Better For Everyone