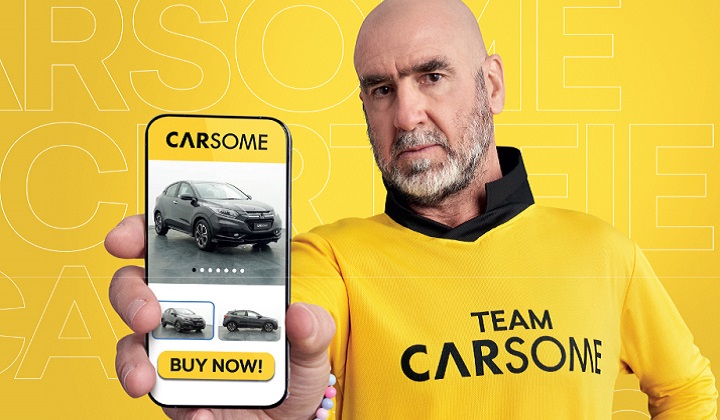 The Ad of the Year award is given to an advertisement that shows the most effective, creative, innovative, and data-driven campaign that also drove demonstrable business results.

In July this year, Carsome announced they had engaged former footballer Eric Cantona or King Eric as their brand ambassador.

With the role, the former Manchester United footballer played an active role in promoting Carsome activities including appearing in the award-winning ad.

Cantona in the video shared with the public Carsome’s process with regard to preparing a used car for sale as well as the options available to customers.

In a statement when the ad was released, Carsome said Cantona embodied everything the company was – a relentless spirit that led one of the biggest football clubs to legendary glory.

Just like the path Carsome was paving for the used car industry, the company said that was why they teamed up with Cantona.

YouTube also announced the winners for its YouTube Works Awards Malaysia, which is where Carsome bagged the Best Media Innovation category.

This award celebrates advertisers’ innovation and creativity in their campaigns in five categories.

The other winners are:

The YouTube Festival which was held at the Malaysia International Trade and Exhibition Centre (MITEC), Kuala Lumpur, celebrated the achievements of various YouTubers and advertisers.

This is the second time the awards ceremony is held after the first one in 2019, prior to the pandemic.