The sequel to Black Panther (2018) is a touching tribute to titular actor Chadwick Boseman. 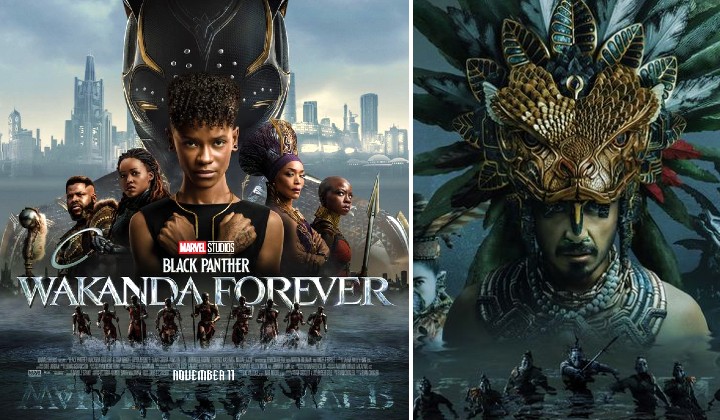 After 4 years of waiting and a whole pandemic in between, the time of Black Panther almost seems to be from a different age.

Although the sequel was meant for release in 2022, the movie was rewritten and reshot after titular actor Chadwick Boseman, who played T’Challa, the King of Wakanda and the Black Panther, unfortunately passed away in 2020 due to colon cancer.

The continuation of a legacy

Within the Marvel cinematic universe (MCU), the Black Panther is the most powerful protector of Wakanda. T’Challa is the last of this legacy, and his untimely passing leads to tension: the previously hidden civilization of Wakanda is now known to the world, who have eyes on its most precious resource: Vibranium.

Without a Black Panther left to protect Wakanda, the country attempts to hold itself together while facing attacks from the rest of the world, as we are shown another powerful civilization which has also been hidden until now.

We are introduced to Namor, the ruler of Talokan, an underwater civilization. He is also known as K’uk’lkan, the Feather-serpant God. In the trailer, he appears shirtless with the ability to fly due to small wings on his ankles. (It honestly looks a lot cooler than it sounds.)

While Talokan emerges from the deep depths of the ocean, spurred on by threats from the surface, Wakanda must carry on and face the threats on their own shores.

Wakanda and Talokan engage in conflict, risking an eternal war– all the while missing their protector, the Black Panther.

Until yet another Black Panther appears, of course.

A sequel that stands on its own

While it would be best if you had previously watched Black Panther (2018), Black Panther: Wakanda Forever is a timeless tale that can be enjoyed on its own.

There may be some parts of the movie you may not understand or characters you don’t recognize if you have not watched most of the other MCU movies, but you won’t need to watch any of the other Disney+ spinoff TV shows to follow the plot.

The acting of the key cast is phenomenal: Letitia Wright as T’Challa’s younger sister Shuri portrays the deep loss and anger of losing a beloved family member perfectly as she struggles with turmoil inside and out; while Angela Bassett steals the show as T’Challa’s mother Ramonda, who has to step up as Queen Regent and rule Wakanda while grieving the loss of her family. Her performance is stunning, alternating flawlessly between the powerful and immovable force of Wakanda and simply a mother who has lost too much.

Other characters from the first movie play a part in the sequel too: Lupita Nyong’o reprises her role as Nakia, Danai Gurira as the forever badass General Okoye, and Winston Duke as M’Baku.

Tenoch Huerta takes on the role of Namor, cutting a formidable presence and delivering a heartfelt performance of the complex character while being shirtless for the entirety of the movie, which is no small feat.

Dominique Thorne steps into the MCU as Riri Williams, setting up her character to take up the mantle of Ironheart and preparing the audience for her own spinoff show.

Black Panther (2018) won an Oscar for its beautiful soundtrack, and Ludwig Göransson returns to deliver another gorgeously mixed movie. The music is evocative– strong and passionate, gentle and emotional, fragile and broken. The powerful use of sound is paired with an even more powerful use of silence, keeping in line with the film’s theme of loss.

What is grief if not love everlasting?

Black Panther: Wakanda Forever is, first and foremost, a movie about grief. Sure, there are amazing fight scenes, out-of-this-world special effects, and a whole new cast of characters; but the theme of grief runs through this movie like a river out to sea.

Out of respect for Chadwick Boseman, his titular character King T’Challa was not recast. Instead, his death is written into the movie, kicking off on an emotional note as we witness his family and country mourn his passing.

Although Chadwick Boseman’s character is absent from the movie, his presence is felt deeply throughout the film, gone but not forgotten.

The rewritten story is deeply relevant and familiar to everybody, especially after the difficult years of the pandemic. It asks a hard question: how do you move on from the unexpected and sudden death of a loved one, when there is no one to blame?

This sequel remembers and acknowledges its roots, but it is also given time to bloom and grow into great new story on its own.