A petition is calling for the Government to re-examine the GEG and the effects that the smoking prohibition would have on the nation. 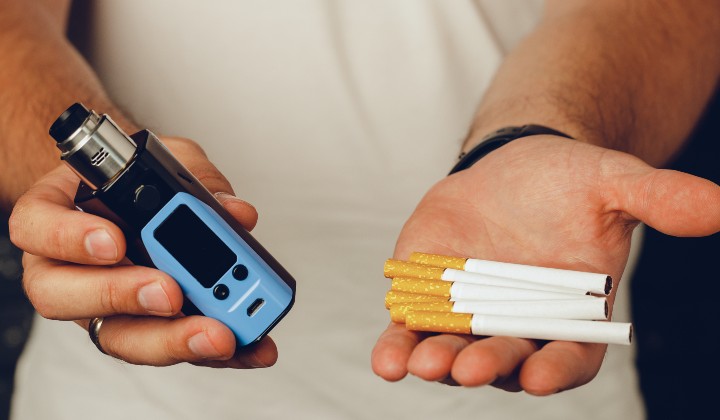 Living in a democracy means that our system of government, laws and leaders are determined by the will of the rakyat. But what happens when public opinion is at odds with what the government of the day has to say?

713,166 Malaysians have signed an online petition opposing the Control of Tobacco Product and Smoking Bill 2022 or the Generational End Game (GEG) that seeks to ban smoking and vaping for people born after 2007.

The petition further calls for the Government to re-examine the GEG and the effects that the smoking prohibition would have on the nation.

The GEG bill was tabled for its first reading in Parliament by Health Minister Khairy Jamaluddin in July and went through its second reading in August.

However, the vote for the bill was put on hold when Members of Parliament (MP) raised concerns over its implementation.

The bill was later referred to a bipartisan Parliamentary Special Select Committee (PSSC) of 12 MPs to be reviewed before Parliament reconvenes in October.

What our leaders say

Among the concerns voiced by lawmakers was that the implementation of the GEG was being rushed. Bakri MP Yeo Bee Yin questioned why Parliament was given so little time to debate the bill before being put to a vote.

She explained that in New Zealand, lawmakers are given months to prepare and consider amending a law that’s similar to the GEG. Yeo asked that Malaysia takes more time to further study the GEG before any decision is made.

New Zealand MPs are given four months to consider amendments to existing law, but Malaysia MPs are expected to decide in less than a week for an entirely new bill. Is it right for Malaysian MPs to support a bill without much deliberation in the name of good intentions?

Yeo also cited concern that the GEG may provide the Government and law enforcement agencies with overarching powers.

Meanwhile, Padang Rengas MP Datuk Seri Nazri Aziz raised similar concerns that the GEG may come in the way of the rakyat’s freedoms and civil liberties.

We cannot bar one group and allow another to smoke. It has to be a total ban, if not, there would be discrimination. We have to think carefully. Freedom of choice is a very important thing to every one of us.

Additionally, Kuala Langat MP Dr Xavier Jayakumar worries that such a law may have ripple effects leading to other things being prohibited in the country in the days to come.

Today, you say it is cigarettes. Tomorrow, what is the assurance that it won’t be for alcohol and gambling?

What the rakyat say

To better gauge public perception about the GEG, let’s take a look at some of the comments and opinions Malaysians had addressed directly to the Health Minister.

Since proposing the idea earlier this year, Khairy has been actively advocating support for the GEG with several videos released on his personal social media pages.

@khairykj We have to preserve our green lungs. Fight for our future generation. #fyp #GEG #worldlungday ♬ original sound – Khairykj

Although the GEG was positively received by the public, as in theory, the proposed law seems like a good move to reduce the prevalence of smoking in the country.

However, many were still concerned over the ramifications of the law and how it would be put into practice.

Commenters questioned why the Government would rather prohibit and persecute the rakyat for smoking and vaping instead of banning the sale of such products in stores.

Others also asked that if the goal truly is to bring an end to the unhealthy habit, why not shut down tobacco and vape manufacturers from operating in the country?

Some people stated that the Government’s track record in enforcing the country’s existing laws was already questionable and voiced concern that the GEG may result in the abuse of power by the authorities.

Meanwhile, some wanted to know if the enforcement of the GEG would eventually result in other things being banned and prohibited to the public like alcohol and gambling.

Others were also of the opinion that the Government should focus on other, more pressing issues in the country, instead of pushing to enforce the GEG.

At the time of writing, the Government has yet to publish an official draft of the GEG that can be reviewed and further scrutinised by the public.

With many of the rakyat’s questions and concerns remaining unanswered, it’s no wonder that Malaysians are refusing to support the GEG despite its good intentions.

Take part in the petition HERE, to voice your opinions and stop the GEG from being hastily implemented.