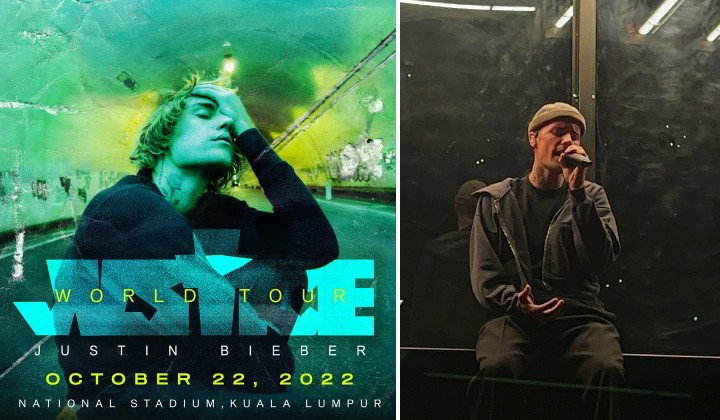 Beliebers are back in full force as Justin Bieber’s Justice World Tour has announced its show in Malaysia later this year.

Justin Bieber’s concert will only be hosted for a single day on 22 October 2022 at National Stadium, KL.

Justin Bieber is set to return to Malaysia as he brings his ‘Justice World Tour’ to Kuala Lumpur on October 22, 2022.

The National Stadium holds the capacity of 87,000+. Tickets go on sale on March 31 at 11am. pic.twitter.com/NbUZZjvcMA

The Justice World Tour will include his top songs across his decade-long career, and his Beliebers will be able to relive that journey all the way from Baby to Ghost.

The set list will also feature favourites such as Sombody, Where Are U Now, Love Yourself, Boyfriend, and Confident.

How to get tickets

However, fans still need to wait patiently before they can book themselves a spot at the highly-anticipated concert, as tickets for the concert only goes on sale on 31 March at 11am.

Floor plans, packages, and more can be found at the ticketing website GoLive Asia here.