The Thai-owned retail chain is more Malaysian than Thai. 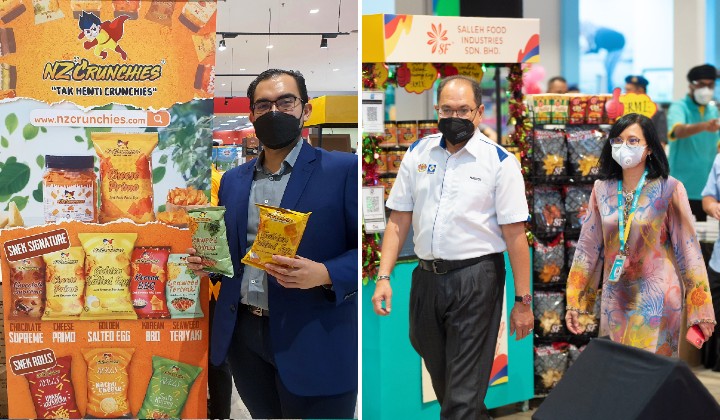 Despite being a Thai-owned retail chain, Lotus’s (formerly Tesco) is completely dedicated to supporting and empowering local businesses and suppliers.

Since their foray into Malaysian markets this March, they have been proactively integrating local businesses as suppliers for their stores nationwide, offering an opportunity to them to expand their market and business.

This was done in conjunction with the Buy Malaysia Product campaign hosted by the Ministry of Domestic Trade and Consumer Affairs (MDTCA).

This year’s Buy Malaysia Product campaign aims to help businesses get back on their feet, especially those who were affected by the pandemic.

We want to focus on small and medium enterprises (SMEs) who are rebuilding themselves after the effects of Covid-19.

In fact, they are focusing so much on bringing onboard high-quality local suppliers that as many as 90% of over 3,000 Lotus’s Own Brand items are already locally sourced and manufactured in Malaysia!

Breaking down barriers for SMEs nationwide

Speaking to some of the local SMEs who were brought aboard just a few months ago, all of them have actually seen a significant increase in their sales, averaging around 20% more.

Al-Quds Sdn Bhd now supplies fresh, locally raised and butchered meat to Lotus’s stores, but their current business only began in 2020, during the pandemic.

Prior to that, they were Al-Quds Umrah & Tours, a travel agency in Bandar Baru Bangi. With their entire industy shut down due to the pandemic, they had no choice but to pivot in a brand new direction.

However, thanks to their partnership with Lotus’s, things are steadily looking up for the company, which rears and butchers their livestock in Kelantan.

Similarly, snacks and ready-to-eat-foods manufacturer NZ Food shared that they have seen a large increase in sales and production since they joined Lotus’s supplier program just under 2 months ago.

While they previously only supplied their wide range of chips and snacks items to limited retail outlets such as kedai runcits, sales agents, or online distributors, their products are now available at all Lotus’s stores nationwide.

We also applied for sampling and promotion programs hosted by Lotus’s in their stores so that more people can try our delicious snacks.

Nash, founder of Anramin, notes that they have also seen a 20% increase in sales after partnering with Lotus’s.

Anramin produces pre-mixed drinks such as goat milk and flavoured coffee. Although they are based in Perak, their products are available nationwide in all of Lotus’s 62 stores.

SME suppliers aren’t the only way Lotus’s is making strides in ensuring support for local Malaysians.

In fact, one could say that Lotus’s is more Malaysian than they are Thai, because all 62 Lotus’s stores and 2 distribution centres nationwide are 100% operated by Malaysians, providing secure employment for over 9,000 employees.

As they aim to expand even more opportunities for SMEs across the country, Lotus’s SME Support Team is continuously on the lookout for potential suppliers to not only work with MDTCA but also with other agencies such as the Ministry of Agriculture and Food Industries (MAFI) as well as the Federal Agricultural Marketing Authority (FAMA).

We aspire to continue investing in Malaysia by adding stores of various formats, bringing fair prices to the consumers and creating employment opportunities for our Malaysian family.

5 Staycations Spots For Your Weekend Getaway In Selangor!