The study was based on 299 front face images of cabinet ministers using a computer vision algorithm to estimate BMI. 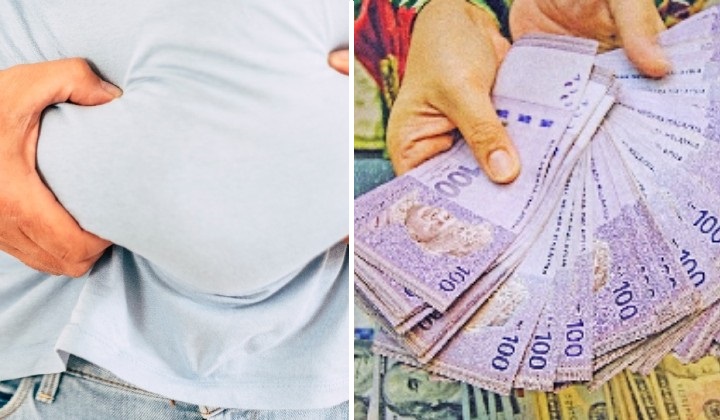 The Ig Nobels are a satirical take of the Nobel Prize that recognise genuine achievements but on matters that first make people laugh, and from there into a thought-provoking discussion.

As an example, a tweet by Jason Ng, Bureau Chief for NewsRise Financial Research in Malaysia, has brought to our attention that someone won the 2021 Ig Nobel Economics Prize for discovering that the obesity of a country’s politicians may be a good indicator of that country’s corruption.

LOL someone won 2021 Ig Nobel Prizes in Economics for discovering link between how fat politicians are and their country's corruption level.

Is this one of those rare instances when fat shaming might actually lead to better outcome for the society? Maybe encouraged? 🤣🤣🤣 pic.twitter.com/FGQafqIR4k

The link was made by Pavlo Blavatskyy, a professor of economics at Montpellier Business School in France.

In his study, he collected 299 frontal face images of the 2017 cabinet ministers from 15 post-Soviet states.

For each image, the minister’s body-mass index (BMI) is estimated using a computer vision algorithm.

The results suggest that physical characteristics of politicians such as their body-mass index can be used as proxy variables for political corruption.

Malaysia in the corruption perception index for ASEAN

According to market and consumer data company Statista, Malaysia has a score of 51 on the scale where 0 is ‘high corruption’ and 100 is ‘no corruption’.

Although second from the list of ASEAN countries in the corruption index, the score is still a far cry from our neighbouring country Singapore who scored 85.

Malaysia in the prevalence of obesity in the ASEAN region

Similarly, Malaysia top the ASEAN scale again, but for having the highest share at 15.6% of the population classified as obese.

He also said that countries with relatively more obese cabinet ministers tend to have a relatively less overweight population.

Ironically, this suggests that there might be a health benefit to grand political corruption—it is correlated with higher obesity rates among top politicians (which is a very small fraction of the general population) but lower obesity rates in the general population. Relatively less corrupt countries have slimmer politicians but more overweight voters.

Pavlo Blavatskyy / Obesity of politicians and corruption in post-Soviet countries