The man who created Gengkey and Malaysia’s first vinyl figurine talks about the next step in digital art. 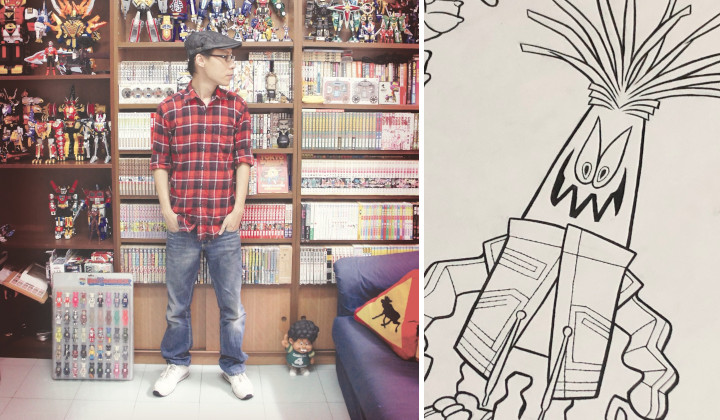 It seems that every local visual artist is jumping on the Non-Fungible Token (NFT) bandwagon.

How could they not? The prospect of making a lot of money from digital art is a dream come true, especially for those who have stepped away from physical prints.

It is equal to a musician finding a way to make as much money from streaming and digital copies of their music as they did when they sold CDs and cassettes.

READ MORE: Who, What, And How A Local Artist Made RM1.6 Million In 24 Hours Selling NFT Digital Art

To understand what NFT means to local artists, we talked to the one and only Michael Chuah.

A Man Of Many Firsts

Michael is a character designer, comic book artist, and toy designer. He is the man behind Gengkey, Yuurei Neko Sama, and Hebatoys.

Despite being a veteran in the industry, he has never backed away from trying something new and is known for helping and inspiring young local artists.

What Does NFT Mean To An Artist?

Showcases in galleries and conventions to artists are like live shows and concerts to musicians.

While live streaming and virtual concerts can keep a singer-songwriter busy, a visual artist turns to NFT.

“Because of the pandemic, we have few if any physical showcases, and I believe we are going to live this way for a while.

“So with NFT, we can now showcase our work to collectors from all over the world. And at the same time get paid in full for the art and commission if it sells.

“It may seem more restrictive, but it actually gives art more freedom and opens more opportunities to those who are new to art,” said Michael.

Before NFTs, copyright protection on digital media was limited in its effectiveness. Signatures can be edited, watermarks can be cropped out, and metadata can be manipulated.

“NFT protects your work, once it is minted and attached to your artwork, it means you are the owner. No one can change this in the blockchain.

“You can post your artwork for free on Instagram, at the same time you can put it up as an NFT and get more recognition instead,” said Michael.

Also, because NFTs are digital, it is easier to promote. Artists no longer have to depend on foot traffic at a gallery or convention to be seen.

For the collector, an NFT becomes a digital asset, something that they can proudly display and claim as their own.

In Malaysia, there is a growing NFT called NFT Malaysia. There artists and collectors alike gather to share information, activities, and works in progress.

“That is also where I met lots of very talented artists like Napie, Mulo, Kupeh, and so many more.

“When I had problems in minting NFT, they shared their experience with me and even bought my NFT art.

“I’m so thankful for that. We all get to make a living and spread our art to every corner of the world during the pandemic because of NFT!

How It Started For Him

Working hard on the next NFT character series. Should I mint them when I have 50 characters or wait until I have 100?#NFTs #NFTdrop #NFTCommunity #cryptoart #cryptoartist #nftcollectors #NFTcollectibles #NFTart #NFTアート pic.twitter.com/ko26SWXYGc

Micheal dipped his toes into NFT in March 2021 and a few months later, in June, he had already minted some NFT art.

“I tried Hic et nunc, Opensea, Raribile, and soon I will be in Foundation. Overall it’s very encouraging,” said Micheal.

While there are many platforms for creating and selling NFTs, netting notices is still a challenge.

Michael makes it his daily task to promote his NFT art on all his social platforms to make sure collectors and his fans see his progress.

Since an NFT could be attached to any digital media, even a fart sound, Micheal challenged himself to create something different.

While most NFTs are just limited edition art pieces, Micheal made his animations and collectable as well.

Yuurei Neko Sama Collection 1 on Rarible for example is akin to his designer toy figure, complete with card backed packaging. Anyone who buys all five of the virtual figures will unlock a secret 6th variant.

His latest NFT, The Kodekkusu Brothers, is a collection of numbered virtual trading cards each featuring an original character and pop culture references. They are currently available on OpenSea.

While Michael says he will continue to explore NFT and its many possibilities, he will still make and showcase physical art.

“I will never forget the real world. I’ll be taking part in the New York Comic Con with my Yuurei Neko Sama toy collection in September.

You can also find Michael’s physical creations at BigCartel.