80% feel that the nation needs strong leadership to take the country back from the rich and powerful. 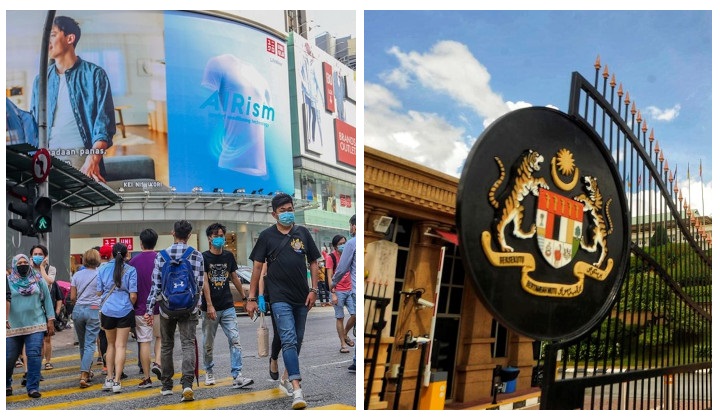 Two surveys have been published recently which show that the majority of Malaysians believe the country is in a decline and that politicians do not care about the people.

In an article published by the Malay Mail yesterday (29 July), the Associate Director of Ipsos Public Affairs Lars Erik Lie said the study showed that the Covid-19 pandemic has taken a toll on countries across the world and the result is a feeling of decline in Malaysia and beyond.

Disapproval of the Prime Minister

In another survey conducted by Institut Darul Ehsan (IDE) titled the Public Perception Survey (TPR) July 2021, 85% of respondents disapproved of Prime Minister Tan Sri Mahiaddin Md Yasin with only 12% wanting him to remain as Prime Minister.

The survey was conducted online from 11 to 18 July involving 7,986 respondents nationwide and cuts across gender, age, race, and political party affiliation.

The disapproval rate towards Mahiaddin as Prime Minister broken down according to race and ethnicity is as follows:

In just 5 months since a similar survey by IDE was released in March, the percentage of those who believed Mahiaddin should resign as Prime Minister went up from 39% to 46%.

The pandemic has taken a toll on Malaysia

In the same Malay Mail article reference earlier, Lars said: “Malaysians feel that strong leadership is required to take the country back from the rich and powerful.”

During the crisis, divisions in society between elites and regular people have been magnified. In countries across the world, there’s a sense that economic, political and intellectual elites ignore or fail to understand the plight of average people.

As a further reflection on the sentiments shared in the surveys, Malaysians have recently taken matters into their own hands with two bold moves.

The first came in the form of Malaysian opposition lawmakers and civilians who lodged a police report over the Perikatan Nasional government’s alleged mismanagement of the Covid-19 pandemic.

READ MORE: Police Report Over Government’s Alleged Mismanagement Of The Pandemic Lodged By MPs And Activists

The other, the #Lawan movement, is an expression of public anger protesting the “failures and mishandlings of the pandemic by the government”.