Mahiaddin’s story: The rise and fall of a master politician. 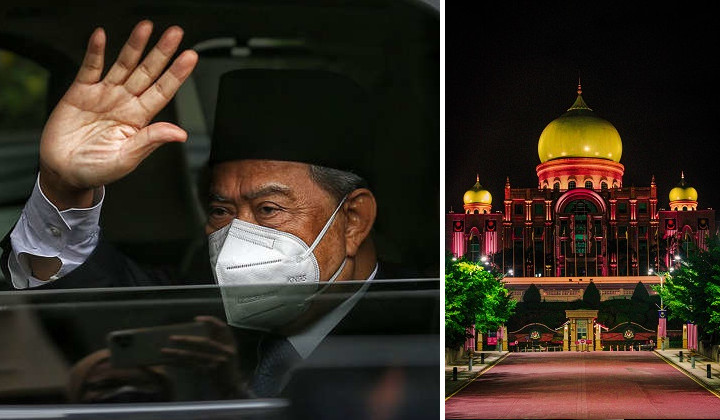 Tan Sri Mahiaddin Md Yasin, also known as Muhyiddin Yassin, had the unenviable task of being the Prime Minister of Malaysia during an unprecedented global pandemic.

We have covered his political journey up to when he became the Prime Minister on 29 February 2020.

However, let’s take a look at how he got to where he is today and the political scheme of things that have led to him tendering his resignation as the eighth Prime Minister of Malaysia.

Where The Troubles Began

At 72, Mahiaddin was sworn in as Prime Minister by the Yang di-Pertuan Agong on 1 March 2020 after a week of uncertainty following the collapse of Pakatan Harapan government that was led by Tun Dr Mahathir Mohamad.

The Yang di-Pertuan Agong Al-Sultan Abdullah Ri’ayatuddin Al-Mustafa Billah Shah intervened to solve the deadlock by consulting with all Members of Parliament one-by-one in private, before appointing Mahiaddin as the Prime Minister.

As he was put into the position without a general election or public vote, there was still a chance that Mahiaddin could be replaced when Parliament convened on 9 March 2020. But until then, he had a chance to form a government.

Almost immediately there were reports of the 14th Parliamentary Assembly sitting being postponed to May 18. It then became a single day sitting to hear the speech by the Yang di-Pertuan. There. There will be no meeting.

Due to the Covid-19 dangers at the time, a Parliamentary meeting was set for 13 July instead. It was during this meeting that Mahiaddin flexed his support by narrowly clearing a major political test to remove the lower house speaker.

Datuk Azhar Azizan Harun was installed as Dewan Rakyat Speaker after a lunch break without a vote from MPs. The move brought ire from the opposition.

All motions for a confidence vote were unlikely to happen.

Covid-19 cases in Malaysia were low. The country was considered one of the best countries in the world to have handled the pandemic. It sustained the people’s confidence in Mahiaddin. But then, a misstep…

The Sabah state election (26 September to 12 October 2020) resulted in a third wave of Covid-19 cases as people from across the country went there to campaign and then returned home.

Afterwards, the government scrambled to contain the outbreak by imposing a conditional movement order in Sabah and selected states.

As the number of cases increased, Mahiaddin’s popularity waned. Nothing he did, from the ever-changing MCO and National Recovery Plan to Financial Assistance and SOPs, seemed to work.

All the while Mahiaddin was operating as the Prime Minister without a deputy. Some speculated that it was done to prevent votes for him from splintering.

That changed this year (2021) on 7 July when he named Datuk Seri Ismail Sabri Yaakob as his deputy and Foreign Minister Datuk Seri Hishammuddin Hussein as a Senior Minister. A move, some say, was done to placate UMNO and for Mahiaddin to retain a majority.

On 26 July 2021, Parliament and Law Minister Datuk Seri Takiyuddin Hassan, stated that Emergency Ordinances, which had been in place since 11 January, were retracted on 21 July.

The statement was then rebuked by the Yang di-Pertuan Agong who holds the Constitutional right to enact and repeal the Emergency Ordinance.

The issue fractured Mahiaddin’s already fragile alliance. Because of it, two Ministers and about a dozen MPs pulled their support for the Prime Minister and the opposition challenged his majority.

On 13 August, Mahiaddin extended an olive branch to the opposition. He promised a General Election, a cross-party framework, and additional funds. But, it did not work. Some even looked at it as a bribe.

Today (16 August), after less than two years, Mahiaddin has resigned his position as Prime Minister.