TJ Tee shares the story of Alphapod and one of its most well known apps, Fio. 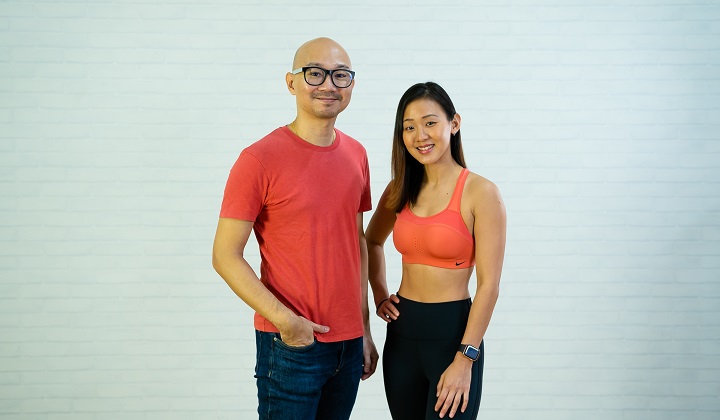 He and his wife founded Alphapod about 11 years ago, just a year after Apple launched the App Store. This might not sound so outlandish today, now that apps on smartphones are revolutionary. But for TJ Tee and his wife, it was a leap of faith. They were pioneers.

Globally, the app development scene was still new. In Malaysia, Alphapod was one of the first.

“Our first app was a food app of course,” laughed TJ. He recalled that it was made for the iPhone 3GS. It is no longer available for download.

Since then Alphapod has made in-house apps, developed apps for others and worked with some of the world’s most recognisable brands.

“We found out early on that one of the best ways to create life-changing impact is to design habit-forming products that stick. Fitness falls into this category perfectly, and we wanted to find a way to combine good design, technology, and content to create a universally useful app,” said TJ.

Currently one of the most well-known apps in Alphapod’s portfolio is Fio. It was made in collaboration with Joanna Soh (wellness and fitness YouTube personality). It was conceptualised in 2018 and launched in January 2019.

“It began as a conversation, and now, after two years, it is a full-fledged app,” TJ began.

There were no “show-stopping issues” during the development of the app and nothing catastrophic has happened since it was released. However, there were some teething issues.

In the beginning, their approach was different. “We tried live streaming daily workouts for a while, and we eventually switched that out to ‘programs’ because we realised that our users needed structured content to effectively create a fitness routine,” explained TJ.

From there Fio evolved into what he describes as a humanised fitness experience. In other words, a program that adapts to the user instead of trying to become a one-fits-all type of program.

It expanded from only focusing on physical exercises to include proper nutrition and awareness. Fio devices these into three categories, body, nutrition, and mind.

“We plan our programs around on a formula we call “3-2-1-FIT”—30-minute workout, 20-minute recipe, and 2 x 5-minute mindset conditioning exercises (morning and night),” added TJ.

Fio saw an explosion in the number of users since the start of 2020. 40% of the active user base are from the US and India.

TJ and the folks at Alphapod are already thinking about their next challenge: keeping users at home engaged and motivated to press on and maintain their fitness especially during the pandemic and everyone is doing it solitarily.

“We want to be able to connect users with one another and find ways for them to journey together, and reward them in meaningful ways when they achieve goals together,” elaborated TJ.

As someone who is involved in developing and designing apps for various mobile platforms, TJ admits that there are some pros and cons.

“iOS offers a consistent experience from software simulator to the physical device that allows us to design and code our apps in a very efficient manner. What appears and works on the developers’ screen is almost guaranteed to work on any supported iOS device,” said TJ.

However, the technology that he is most excited about is wearables. Specifically the Apple Watch.

TJ looks at it as a personal mobile device that is almost always with us, even more so than a smartphone. Because of this Alphapod made a Fio companion app on the Apple Watch.

“The main feature of the Watch app is an audio and haptics based workout timer that synchronises with the workout videos so you can perform a full 30-minute audio-based workout without even turning on the mobile app,” said TJ.

This is especially useful where a video-based workout may not be practical, like in the park or the gym. Still, if the user wants to continue or switch back to the mobile app, they can do so via a seamless handoff.

Because of his passion for wearables, TJ has some thoughts about what he hopes to see at the upcoming WWDC ( Worldwide Developers Conference) happening virtually on 7 June (8 June in Malaysia).

“Overall, I’m hoping to see some improvements in the App Store on the WatchOS to enable things like better app discovery and recommendations.

“Assistive Touch is something that could be interesting as well, as we at Alphapod want to make Fio accessible to those of us who might not have full mobility.

“Personally, I also think that we could do with more watch faces and perhaps the ability to totally customise the layouts of our custom watch faces.

“I think that would open a lot of possibilities for app developers to be even more creative with their Watch apps,” said TJ.