Even if you’ve fallen on hard times, it’s not the end. 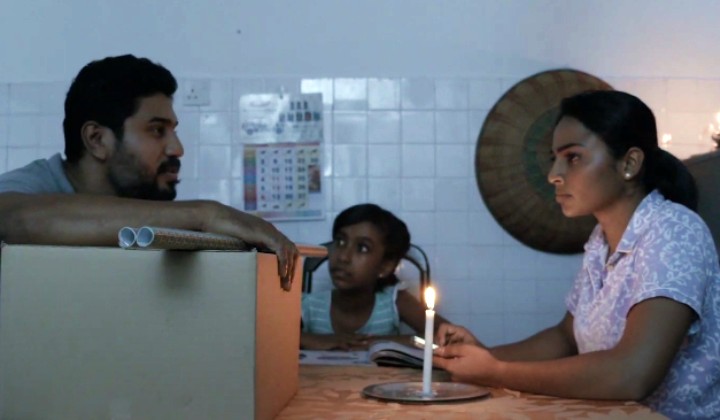 The country has been in various stages of Covid-19 lockdown since 18 March this year. It’s been more than half a year since then, and during that time, the people suffered losses of business and income. For some, the loss was temporary.

For others, the effects are devastating.

One Tragedy After Another

Sherin thought that this year would be the year where things turn around. Yet, 2020 has proven to be challenging on all aspects.

Early in January, she suffered a miscarriage at 16 weeks. The loss of her baby hit the family hard. Then in February, in addition to dealing with the loss of her long-awaited child, Sherin also lost her grandmother.

In March, her husband moved to Adelaide, Australia as their long-term plans in Malaysia were thrown in disarray after the miscarriage. Immediately after, international borders closed. Sherin and her husband have since then been separated by a stretch of sea and grounded flights.

Sherin originally meant to follow her husband to Adelaide in July of this year, when her contract job ended. Even when July came around and Australian borders were still closed, the couple figured that it wouldn’t take long for borders to reopen.

They were wrong. By September, the borders still remained stubbornly closed. So, Sherin started applying to jobs, but soon realized that despite applying to open job positions, she could barely land any interviews.

I feel helpless and clueless as to what I should do. It has also been rather worrying, as we’re not able to plan ahead for anything at all.

Until today, she still has not managed to find a job. Instead, she lives a simple life off her savings and with her family, which helped her drastically decrease expenses.

This year, she won’t even have Deepavali to look forward to as interstate travel is still not allowed under the extended CMCO.

In my case, I figured this could have been one of the last few celebrations I’d have with my whole family before I migrate to Australia.

Despite her disappointment, she understands that it is the least she can do for our country and will be celebrating Deepavali in her own home to help flatten the curve.

From Country Director To Home Cook

Bruce Wong was an up-and-coming career breadwinner before the lockdown. His last role was as a country director heading co-working spaces in Thailand and Malaysia. Then, Covid-19 hit and no one wanted to share anything with strangers anymore.

Suddenly finding himself jobless with a pregnant wife and two young boys aged 7 and 9, Bruce was desperate.

Two days after I lost my job I was desperate to find money to feed the family, desperate to try anything. All I wanted was a chance and so this became an opportunity for me.

During the MCO at the beginning of the year, Bruce and his family had explored a lot of home cooking. So, when he lost his job, he decided to sell his home-cooked food, first starting with a Phad Kha Praw recipe he learned in Bangkok.

If we don’t do or try, we will forever be stuck where we are and fall into a slippery slope of depression.

When Iqbal and Gwendolyn looked forward to celebrating 2020 together as newlyweds, they certainly did not anticipate they would be spending everyday together due to losing both their jobs in the pandemic.

The two went from having steady salaries and enjoying married life to being a zero-income household.

Getting retrenched during the pandemic was a big blow to the both of us, it’s a ripple effect.

The newlyweds were thrown into the deep end head-first as they faced two options: find ways to make money to keep a roof over their heads and food on the table, or risk their marriage.

Somewhat fortunately for them, the pair had always dreamed of starting their own small business. They took the opportunity to immediately plan and launch their home-based food delivery service.

They have been selling home-cooked lasagna and chocolate truffles under Meawlx since July, with Gwendolyn in charge of cooking while Iqbal does the delivery.

We did great in our first few months but the hype has slowed down quite a lot recently, maybe because of our menu being too small.

Expanding their menu is in the books, though Gwendolyn notes that it would first require investment into additional materials.

Still, the couple is hopeful that they can get more orders and realize their dreams of expanding the Meawlx menu.

Getting Through Tough Times With Unconditional Support

Like they say, only in the dark can you see the stars shine.

Each couple we spoke to faced varying difficulties, but all of them agreed that things would have been much worse without the love and support from their friends and family.

Sherin expressed her gratitude to her family who stood by her when things got overwhelming and allowed her to talk about it openly. Her friends would also visit her to lift her spirit and make her laugh.

To me, emotional support is what helps me the most.

She coped with the tremendous loss she faced by turning to counselling services for guidance, which she cites as a great help. She urged those who may be experiencing mental stress to seek help and consider counselling.

Bruce also expressed his thanks for the support shown by his friends and family.

Our friends and family played a very important role in helping us.

In fact, his mother-in-law taught him the recipe for his best-selling Taiwanese braised pork, while his Thai sister-in-law joined the kitchen to add more Thai menu offerings.

My brother Danny (+60 16-655 7176 ) personally delivered my Free Range Chickens for the ABC Soup tomorrow! And thank you for the organic veges toowoomba 🙏

After that, his friends and family helped him to spread the word and market his business, leading to a small but steady stream of customers. Customers who, Bruce noted, later became friends in their own right, supporting the family through their orders!

Gwendolyn shares the same sentiment. She is grateful to her social circle who have tirelessly helped spread the word and promote her meals.

We hope that our network continues to expand, so that we can warm everyone’s tummy with our food.

There’s Always Help When You Need It

Life is hard now, but Malaysians are a kind and generous bunch. For those who have been impacted by the pandemic and in need of help, there’s no shame in asking.

Not only are your family & friends going to provide you the support you need, corporate programmes like the #sunwayforgood Food Bank ensures that no matter how hard life is now, there will always be assistance to ensure your family doesn’t go hungry.

In fact, Sunway Group even got Malaysian grocery essentials company FFM Berhad, together with their brands Massimo, Blue Key Flour, Meadow Fresh, V-soy, Marina, Karts Food Malaysia, to come together and help out by donating food supplies and other aid to those in need via the programme.

Sunway group has food donation boxes at 7 of their shopping malls, which accepts donations of essential groceries. Then, these items will be distributed to beneficiaries who are in need of assistance.

For certain families, the year has been tough and there doesn’t seem to be much cheer to the upcoming festivities. However, we must remember to always keep our chin up, because we don’t have to struggle alone- there’s always love and support to help us get through this.