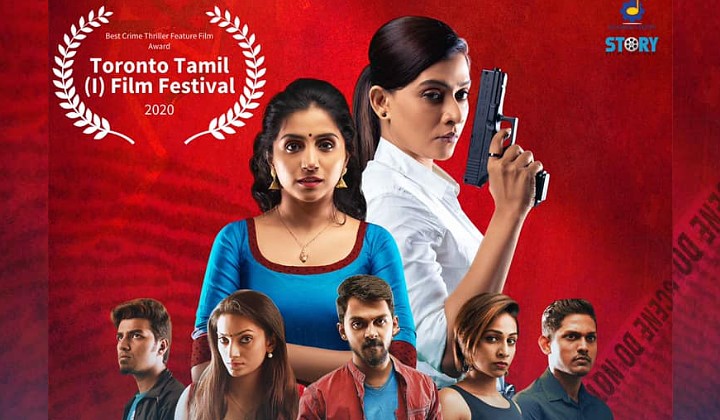 The Tamil Film Festival of Toronto (TTFF) is a nonprofit organization that provides a global platform for the appreciation of Tamil cinema and culture by showcasing films, supporting emerging filmmakers, and promoting the diverse perspectives of the Tamil diaspora.

Pulanaivu is an action-packed murder-mystery with a dose of romance by local husband and wife director duo Shalini Balasundaram and Sathish Natarajan.

During its release in November 2019, it actually broke records in Malaysian Tamil cinema history with a whopping 64 cinemas listing nationwide!

In a 2019 interview with Malay Mail, Datin Seri Shaila explained that Pulanaivu, meaning “intelligence” or “investigation”, is a romantic crime thriller where she plays a cop in pursuit of a murderer who committed a crime at a college.

She also noted that the film produced by Shaibha Vision and Story Films, tried to portray a cop that’s firm and hard at work, but also a key part of her family as a wife and mother.

Clearly, the intriguing storyline and solid characters paid off with this award!

Overwhelmed by the recognition, director Shalini took to Facebook to pen her appreciation on the win after bracing stiff competition from amazing Tamil films from all over the world.

We would like to take this opportunity to thank every individual who has been directly or indirectly part of this project, not forgetting our technicians, cast and most importantly our loving audience who have supported this film since day one.
We are more than glad to share this joy and gratitude infinitely.

That’s not all though, Pulanaivu had also won big at the 11th Norway Tamil Film Festival in February for Best Actress and Best Screenplay!

Combined with previous Malaysian films’ international recognition, including a silat movie at the New York Asian Film Festival and a Sabahan’s animated film shortlisted at a US film festival, our film industry is brimming with talent and potential!

Congratulations to the team of Pulanaivu!