The perfect career for wanderlusts. 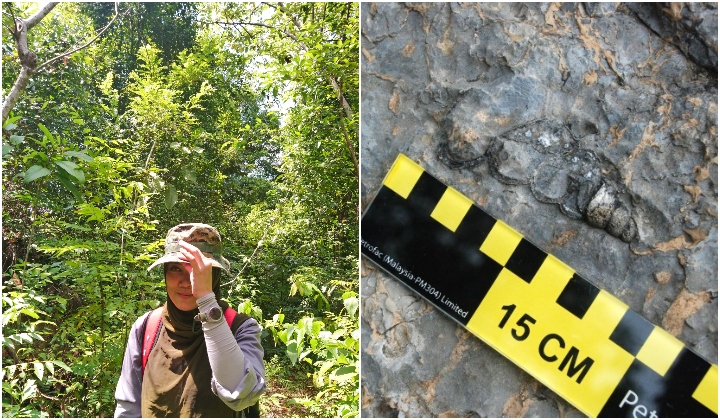 When you were younger, were you one of those kids who were fascinated with the existence of dinosaurs and the idea of dusting bits of earth to uncover the greatest discovery of fossils of our time?

I can bet that for many, that dream had to be tucked away as we grew up and decided to pursue other career avenues. But, did you know that it’s not impossible to do this kind of work in Malaysia?

Palaeontology is the study of prehistoric species, mostly ones that are extinct. It focuses primarily on fossil data, using a variety of physical, chemical and biological techniques to analyse them.

Recently, Twitter user @tlyadeen shared how she pursued her interests and became an actual palaeontologist in Malaysia, as well as how she now spends her time looking for fossils in Malaysia.

According to @tlyadeen, for those interested in pursuing palaeontology as a career, Malaysia doesn’t have a specific course you can take at the degree level.

However, palaeontology is a subfield of geology. This means that those taking geology courses at the degree level will end up studying palaeontology as a subject.

If you’re interested in studying Geology at a private university, we found a geology-related course offered at Curtin University, as well.

For @tlyadeen, her bachelor degree in Geology is from UKM. During her final year, she opted to major in Petroleum Geology, and took on micropalaeontology as an additional subject.

Micropalaeontology is the branch of palaeontology that studies microfossils, or fossils that require the use of a microscope to see the organism, its morphology and its characteristic details.

After graduating, she worked as a research assistant before applying to complete her master’s degree. Luckily for @tlyadeen, Petronas sponsored her postgraduate studies.

What’s more, @tlyadeen managed to secure an MOU (memorandum of understanding) with the National History Museum in London. This has allowed her to spend the last three years searching for microfossils in Langkawi, Kedah and Perlis.

A memorandum of understanding is a document that expresses the agreement between multiple parties, in this case, a university with a museum. This enables @tlyadeen to work with the museum and coordinate efforts in making new discoveries useful to both institutions.

So, why is @tlyadeen’s work useful and fascinating? Well, studying fossils provides significant information on determining the age and different types of sediment deposits located in a specific area.

Determining the ages of fossils is an important step in mapping out how life evolved across geologic time.

Also, she gets to travel A LOT.

@tlyadeen’s specific area of work is biostratigraphy. This study enables scientists to match rocks with particular fossils to other rocks with those fossils to determine its age.

She shares that she’s practised hunting for fossils as a biostratigrapher in the oil and gas industry before, adding that fossils are a good source of information in searching for layers of rock containing petroleum and gas.

In terms of the working industry, @tlyadeen acknowledges that there aren’t as many work opportunities in this field locally, as there are in other countries. But, graduates get by working in academia, research, and in the oil and gas industry.

For her, searching for fossils is less about the money and more about pursuing her interests and passion.