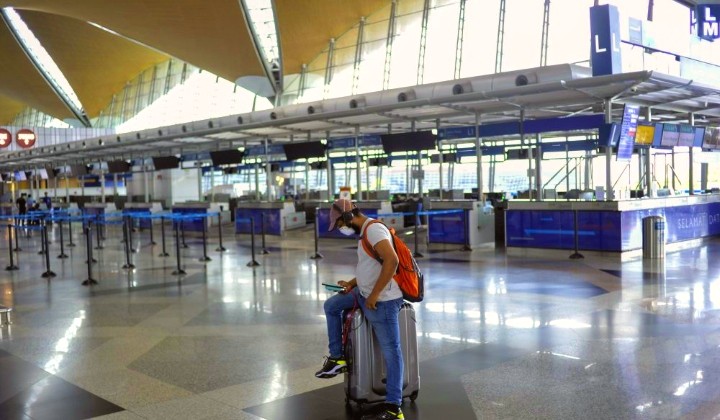 When the movement control order (MCO) was first implemented, the country barred everyone from leaving and anyone from entering in order to try and stop the chain of the Covid-19 infection.

After more than two weeks of social distancing, the government finally decided to let Malaysians returning from overseas, back home. Except, they weren’t quite allowed to go home just yet.

Quarantined At A Hotel In KL

Terrence finally managed to come back to Malaysia on 3 April from Sydney, Australia. The 21-year-old is a student there and was unable to return to his home in KL earlier.

He arrived at Kuala Lumpur International Airport (KLIA) at night and was immediately transferred to a hotel by health authorities. According to Terence, the authorities who were managing them didn’t explain what was happening to him nor did they ask him if he preferred to stay at any specific hotel.

I tried to ask them but they didn’t tell us anything about it. So, basically, I landed and filled out some form regarding our health and then we were arranged to go to the hotel by them.

Since he’s been there, the health officials have paid him a visit to take a sample from him for Covid-19 testing. They also drop him a call every day to check on his health.

Terrence is originally from KL anyway, so he wasn’t too bothered about staying at a hotel in KL. But he is pretty sure there were some passengers from other states staying at the same hotel as him too.

As for the cost of his luxurious quarantine location, Terrence said that nobody has spoken to him about who will be paying for any of this. Though, the hotel management has clarified to him that charges will apply for orders from the In-Room Dining Menu.

Not that he needs it, the hotel has been providing him with three meals a day, all placed on a chair outside his room door at the allocated times.

Yes, I think the food is from the hotel. Normally breakfast I get some croissants and juice, lunch and dinner is usually rice with some chicken and veggies.

These are the only times he is allowed to leave his room – to pick up his food in front of his door. Although the hotel gave him his room key card, he is expected to stay in his room for the entire duration of the quarantine.

Quarantined At A Facility In Johor

Meanwhile, all the way in Johor, Jaspal has not been so lucky.

Jaspal, who is a 47-year-old offshore engineer, arrived at Johor Puteri Harbour at 10am on 7 April. He and his colleagues had been working offshore on a vessel for the last 40 days or so, in Myanmar waters.

They had been out at sea the whole time and had no contact with land or any person other than those on the vessel.

Upon their arrival on Malaysian shores, Jaspal and the rest of his crew were ushered by authorities to fill out some paperwork and had their temperatures checked. They were then cleared for 14 days of self-quarantine by the Ministry of Health in accordance with a directive issued by Jabatan Laut Malaysia.

According to Jaspal, despite all this, the Johor State Health Department gave them no choice and decided that they would be quarantined at a centre. Jaspal arrived at Institut Pengajian Tinggi Islam Johor at 2pm the same day.

Jaspal said he was shocked by the state of the facility. Most of the people there were not required to wear masks and they were all told to sit under a zinc roof of what was an open car park with no proper distancing between them.

It was not a proper facility. It was an open place where everyone was just walking around freely and strangers everywhere. The moment we moved away to practice social distancing, the police and military personnel would warn us to go back to the crowded area.

Finally, after 2 hours they were assigned to rooms. The rooms consisted of dormitory rooms that were used by the students of the institute. The beds were bunk beds; and the mattresses, smelly.

Each room was arranged to house 3-4 people. The beds were placed about 1.5 meters apart. The bathrooms were communal ones used by everyone on the same floor. People weren’t even required to stay inside their rooms and were mostly found walking around and loitering downstairs.

In terms of food and other necessities, Jaspal shared that although the centre provided them with food, the food was left in their packaging at the side of the road for hours before being handed out to them.

This was an utterly scary sight. unhygienic and a total disregard to the protocol and procedure set by the Health Ministry for safeguarding contraction.

He is unaware if the centre provided anything else.

All I heard was that there will be a WhatsApp group and we can request what we want from there. However, checking with the people already there [sic], no such WhatsApp group existed as they were still waiting for basic necessities.

Jaspal said that he tried to speak to those in charge to fix the situation, he even requested to be sent to one of the quarantine designated hotels and offered to pay out of pocket. But his requests were ignored.

What we feared most was since we have had no exposure to any unknown person for more than 40 days being on the vessel, we were already free from any contact [sic]. But when sent to the quarantine centre, we were placed with dozens of unknown people.

Jaspal also shared that an officer at the centre even told him that there were people in the building that had already been identified as being Covid-19 positive.

If you thought that was bad, it gets worse.

According to Jaspal, the centre was already facing a shortage of available rooms, yet busloads of people were still being sent there. The new arrivals were just left waiting for hours to be checked into rooms.

Only after Jaspal approached the media about what was happening did he start seeing a change in action. That night, the buses came back empty and those who could not be accommodated were transferred elsewhere.

Jaspal told TRP that he has learned that everyone staying at that quarantine centre has since been transferred out and the facility was shut down. Jaspal and some of his colleagues were also finally transferred to a hotel.

But more than 24 hours later they were still waiting to be briefed and tested for Covid-19.